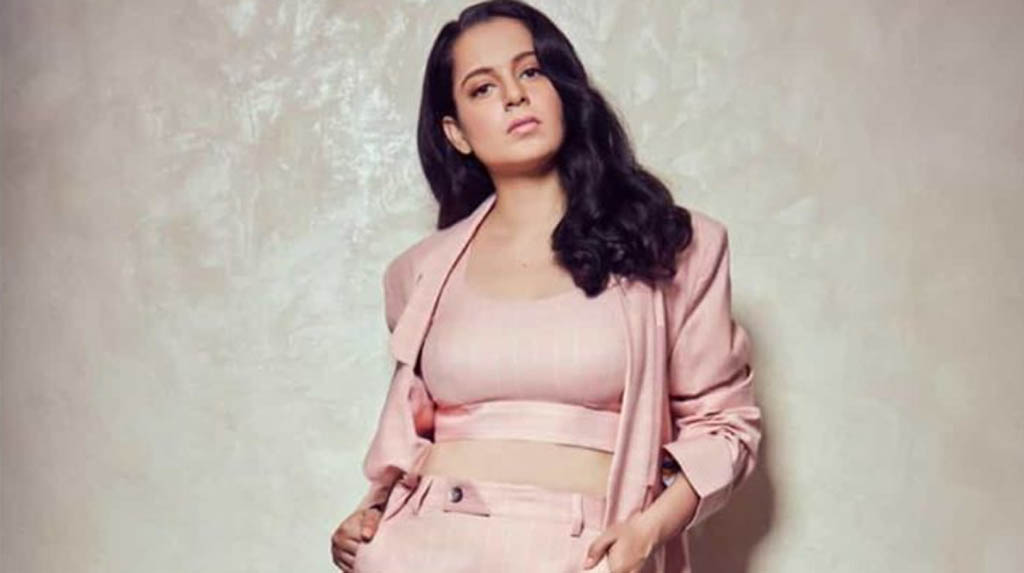 Mumbai: High-voltage drama was witnessed here on Wednesday when the Brihanmumbai Municipal Corporation (BMC) bulldozers razed to the ground the ‘illegal office’ of Kangana Ranaut while she was airborne from Chandigarh to Mumbai.

The ravaged office – which resembled a war-zone within two hours – triggered a furious Twitter war led by the actress, and ignited a fresh political row in the state.

In his forceful plea, Siddiqui challenged the BMC action terming it as “illegal, arbitrary, malafide, without application of mind, unreasonable, improper and violating principles of natural justice,” and that there were no illegalities in the office that was virtually torn apart by the civic demolition squad.

While staying the action, the high court directed the BMC to file its reply to Ranaut’s plea challenging the demolition order of Sep. 9, by 3 pm on Thursday.

Till the stay came, a significant portion of Kangana’s office premises from the inside and outside appeared to have been razed with massive bulldozers, JCBs, and other heavy equipment.

The BMC Executive Engineer ordered the action after saying he was “satisfied that the (illegal) works were being carried out and the actress had failed to produce the permissions/approvals/sanction for it as per BMC laws”, and warned that the actress could face imprisonment of between one month to one year plus penalties.

As Ranaut hit back with a video-message targeting Chief Minister Uddhav Thackeray and the Shiv Sena, the civic action was slammed by ruling allies Nationalist Congress Party, Congress and Opposition Bharatiya Janata Party.

NCP President Sharad Pawar said though he would not comment on it (the office issue) without knowing the full matter, he pointed out that there are many illegal structures in Mumbai.

“But in the current situation, such actions raise doubts in people’s minds…By taking the action, she has got the opportunity to speak out. It needs to be checked why the action was taken by BMC now,” Pawar said.

Leader of Opposition Devendra Fadnavis termed it as “an act of cowardice and vendetta” by the Maharashtra government which has dented its image all over the country.

“Attacing people who speak against you with State support is something that has never before happened in the history of the state… Merely because someone spoke against the government, demolishing a structure — even if it is illegal — tantamounts to an act of cowardice and vendetta,” said Fadnavis.

The BJP leader said if action had been taken against all others, then it would have been proper, but by singling out one who has criticised the government and is targeted could not be supported, the BJP leader added, even as others like Ashish Shelar also attacked the Shiv Sena.

Wondering if “Kangana’s office was illegal or the BMC’s act of demolishing it”, Congress leader Sanjay Nirupam warned: “Politics of vendetta has a very short lifespan… By running after one office, Shiv Sena’s ‘demolition’ may start.”

Apparently taken aback by the backlash, the Shiv Sena quietly restrained its activists from any more protests as it would generate a sympathy wave for Ranaut who remained in an aggressive form.

“I have never threatened Kangana Ranaut…I merely expressed my anger at Mumbai being compared with PoK…The matter is over and she is welcome to live in Mumbai,” Sena MP and Chief Spokesperson Sanjay Raut said, attempting to bring the curtains down on the controversy.

Stoking the fires further, Ranaut made another no-holds-barred evening tweet: “Come Uddhav Thackeray and Karan Johar Gang…You broke my workplace, come now break my house then break my face and body, I want world to see clearly what you anyway do underhand, whether I live or die I will expose you regardless.”