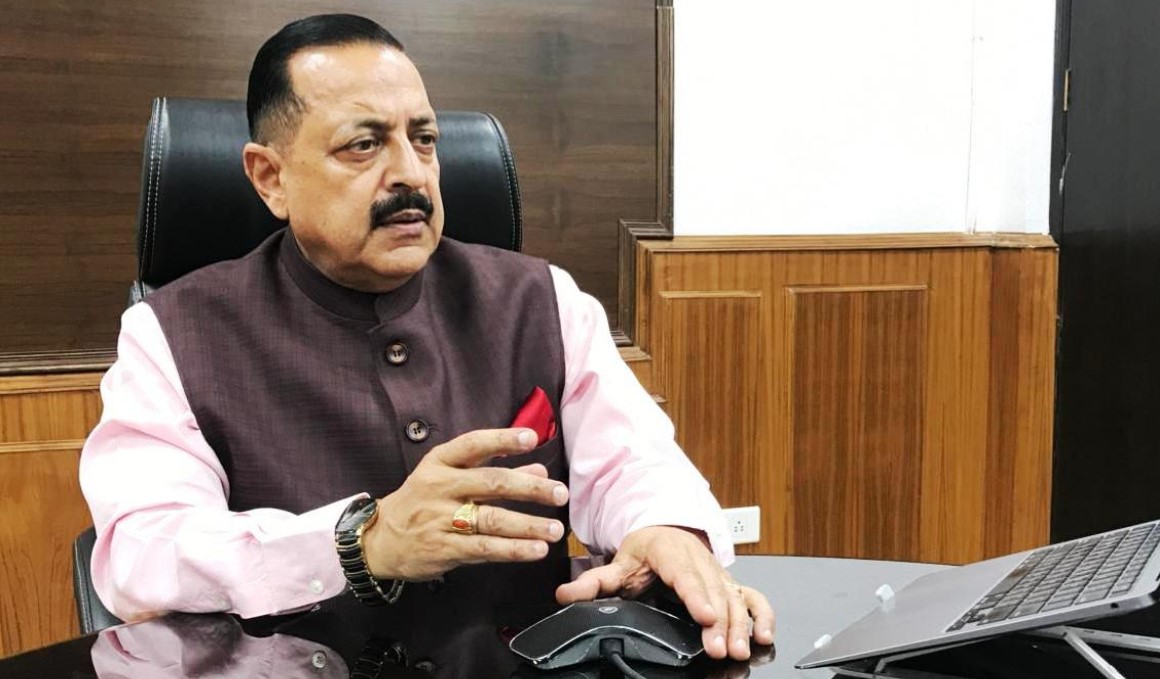 Dr Jitendra Singh informed Rupala that Jammu & Kashmir has abundant stock of Animal Husbandry and Dairy resources and suggested that the same can be effectively integrated with Aroma Mission which has already been launched in J&K by CSIR under the aegis of Union Ministry of Science & Technology. This will pave the way for integrated Aroma Dairy Entrepreneurship, ensuring sustainable growth, increased income and fresh avenues of livelihood for farmers, he said.

Dr Jitendra Singh said that the Aroma Mission, also popularly referred as “Lavender or Purple Revolution”, has started from J&K andtransformed the lives of farmers who are able to grow lavender, mke lucrative profit and improve their lives. He said, the efforts of CSIR-lllM are laudable as they have introduced the crop native to Europe, in the districts of Doda, Kishtwar and Rajouri in J&K.

The Aroma Mission was launched by CSIR in line with PM Narendra Modi’s vision of improving farmers’ livelihood. Apart from providing planting material, distillation units are provided and farmers are trained in extraction and many of them have become entrepreneurs as lavender oil is quite sought after. Apart from Lavender, many high value Aromatic and Medicinal cash crops have been introduced by CSIR in J&K.It is now being expanded as Aroma Mission Phase II and also floriculture mission has been recently launched. This will fetch in the much needed transformation in lives of farmers and women.

Referring to the clarion call given by Prime Minister Narendra Modi for doubling the farmer’s income by 2022, Dr Jitendra Singh said that Jammu & Kashmir was progressively improving farmer’s income with support of allied sectors and institutes like IIIM Jammu. He said that the focus of agricultural and allied sectors, and researchers should be on productivity rather than production.

The Minister said that the immense potential of technology in improving the livelihood of people should be harnessed by all departments collaboratively. He urged the youth to actively seek the livelihood opportunities being created by the Government. He encouraged the youth to become agro-entrepreneurs that fetch greater incomes.

The CSIR lab in Jammu and also with a branch in Srinagar CSIR-lllM has been playing a very vital role not only in J&K but also in the entire country through its focused R&D on natural products,AYUSH and integrative medicine. It has the NABL accredited QC&QA laboratory for honey, walnut and other food items functioning from year 2000 and also is the first and only Drug Testing Laboratory in J&K.

It has also taken up some novel initiatives in the country as being the first and only organisation who has initiated Drug discovery from cannabis for cancer, pain management, and neurodegenerative disorders in India (First Cannabis R&D licence Issued by J&K in India). During the Covid-19 crisis CSIR-lllM led the efforts by carrying out close to 100,000 RT-PCR tests of Covid-19 infection suspected persons and is also engaged in conducting clinical trials of various AYUSH and repurposed drugs for treatment of Covid-19