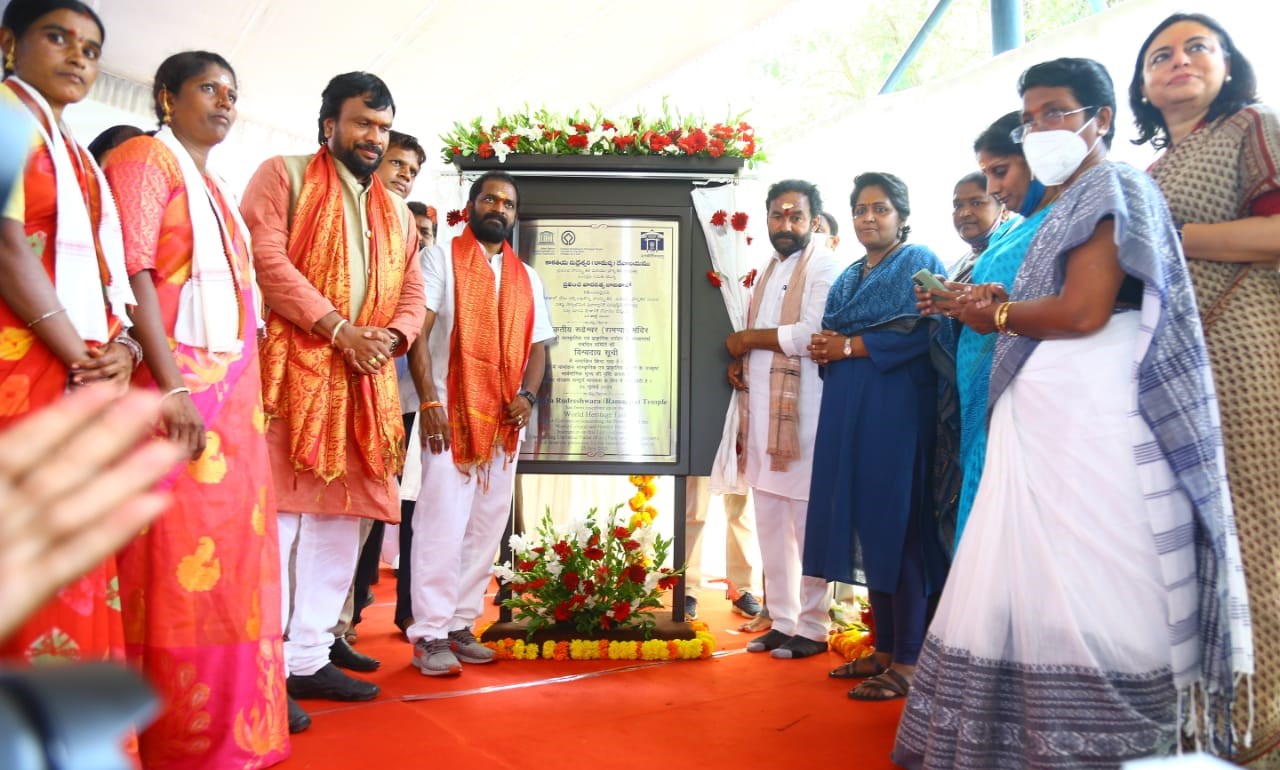 Minister also inaugurated several Tourism projects as a part of the Tribal Circuit under Swadesh Darshan Scheme in Telengana. In 2017, the Government of India had sanctioned Rs. 75.88 crores for the integrated development of a tribal circuit of Mulugu-Laknavaram -Medavaram- Tadvai – Damaravi- Mallur – Bogatha Waterfalls. As a part of this circuit the Union Minister for Tourism Shri G Kishan Reddy inaugurated the Haritha restaurant block at GattamaenroutePalampet.

The Union Minister Shri G Kishan Reddy inaugurated the wayside amenities and other public convenience facilities, under Swadesh Darshan Scheme at Mulugu. He said, “These facilities shall greatly benefit the tourists and attract a large number of tourists to visit the Mulugu District which is also the gateway to Medaram”.