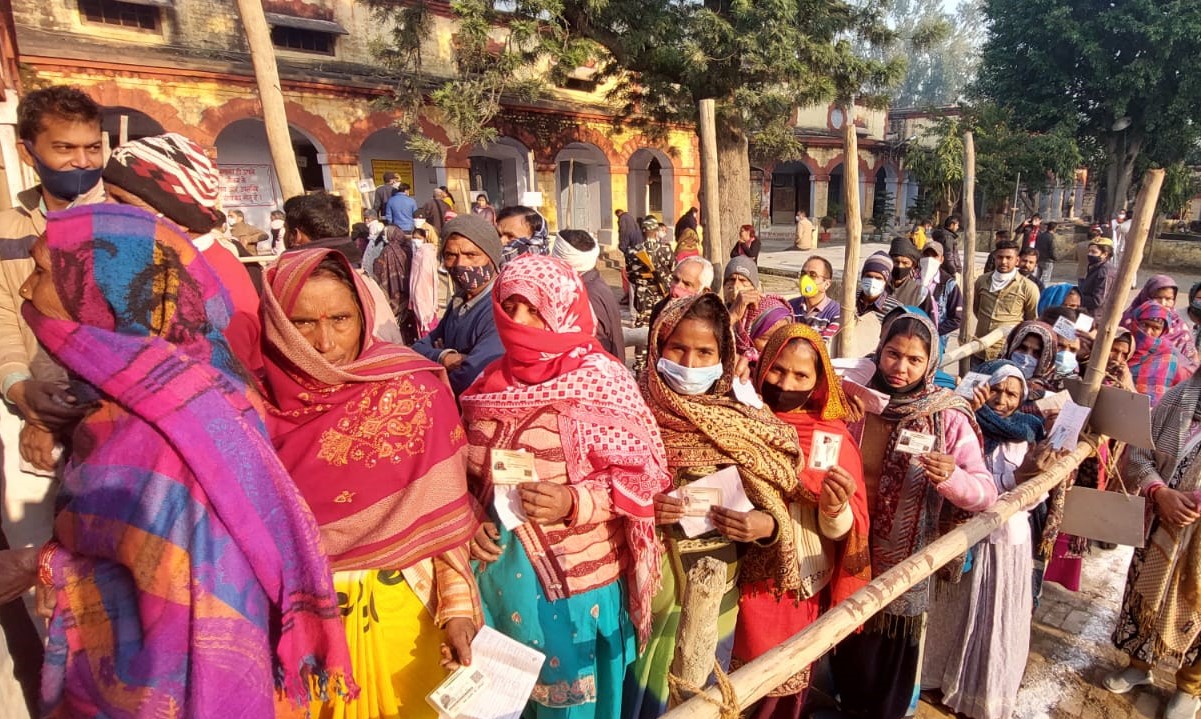 New Delhi: Polling concluded peacefully yesterday for the second phase of elections in Uttar Pradesh. With 55 seats of nine districts of the State going to polls. According to the Election Commission over 61 per cent polling has been recorded in this phase.

In the wake of the COVID pandemic all necessary arrangements were made. The districts where polling took place yesterday are Saharanpur, Bijnor, Amroha, Moradabad, Rampur and Bareilly. Barring few sporadic incidents voting was peaceful in the second phase of elections in Uttar Pradesh. Voters came out in large numbers to exercise their franchise which is a good sign for democracy.

First time voters and women voters were quite enthusiastic to cast their votes. Second phase will decide the political fate of 586 candidates including 69 women candidates.

In Uttarakhand, around 65.1 per cent polling was recorded in the assembly elections seats held yesterday. Chief Electoral Officer Saujanya informed that polling was held peacefully and no untoward incident was reported from any of the 11,697 polling stations across the state. Ms. Saujanya said that final polling figures will be released after the return of the polling parties to the collection centres.

She said that about 80,000 officers/workers, and about 40,000 security personnel, including central paramilitary forces, were deployed in the state for various election-related duties. Ms Saujanya said that all EVMS will be put in strong room in three layer security.

Assembly constituencies  falling under the North  Goa district recorded a polling percentage of 80 percent while constituencies in South Goa witnessed a total turnout of over 78 percent.

This elections voting percentage is four percentage less than 2017 assembly elections.Political fortune of 301 candidates including, 26 women have been sealed in EVMs.

All parties including BJP, Congress TMC and AAP are claiming to get full mandate to form the new government.Now all eyes are on March 10 when counting will be held.