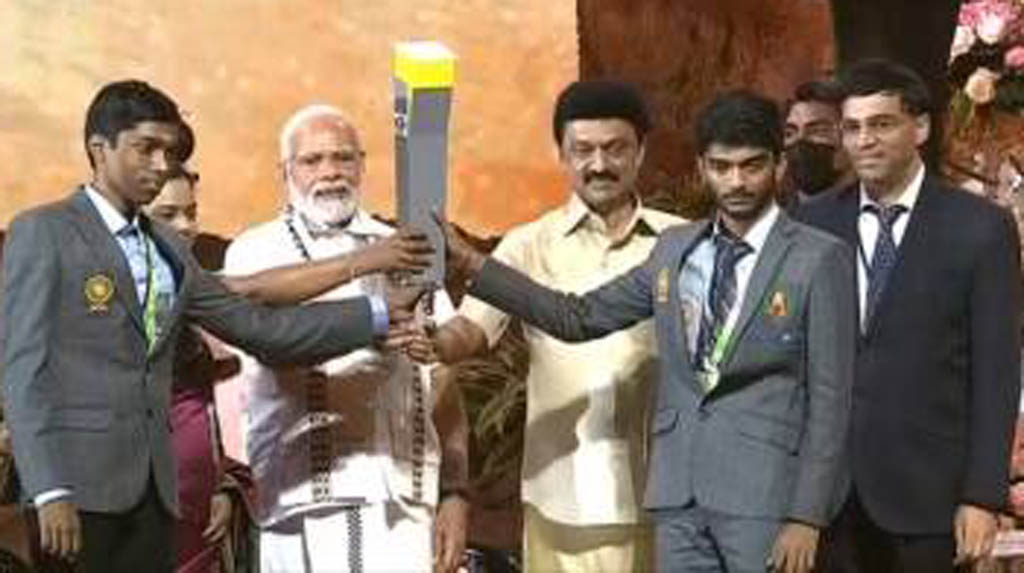 Addressing the gathering, the Prime Minister welcomed all the players and chess lovers from all over the world to India. He noted the significance of the time of the event as it falls during the ‘Azadi ka Amrit Mahotsav’. He added that the most prestigious tournament in chess has come to India, the home of chess.

The Prime Minister highlighted that Tamil Nadu has a strong historical connection with chess. This is why it is a chess powerhouse for India. It has produced many of India’s chess grandmasters. It is home to the finest minds, vibrant culture and the oldest language in the world, Tamil.

During his address Union Minister Shri Anurag Thakur said that India is the land where the game of chess originated and it’s a pride moment for us to see India hosting this prestigious event for the first time in the history. Union Minister added that 40 days ago, the first ever torch relay of the Chess Olympiad was handed over to the Prime Minister, who then handed it over to our chess legend Vishwanathan Anand. Torch Relay travelled to 75 icon places as the country celebrates 75th years of Azadi Ka Amrit Mahostav.