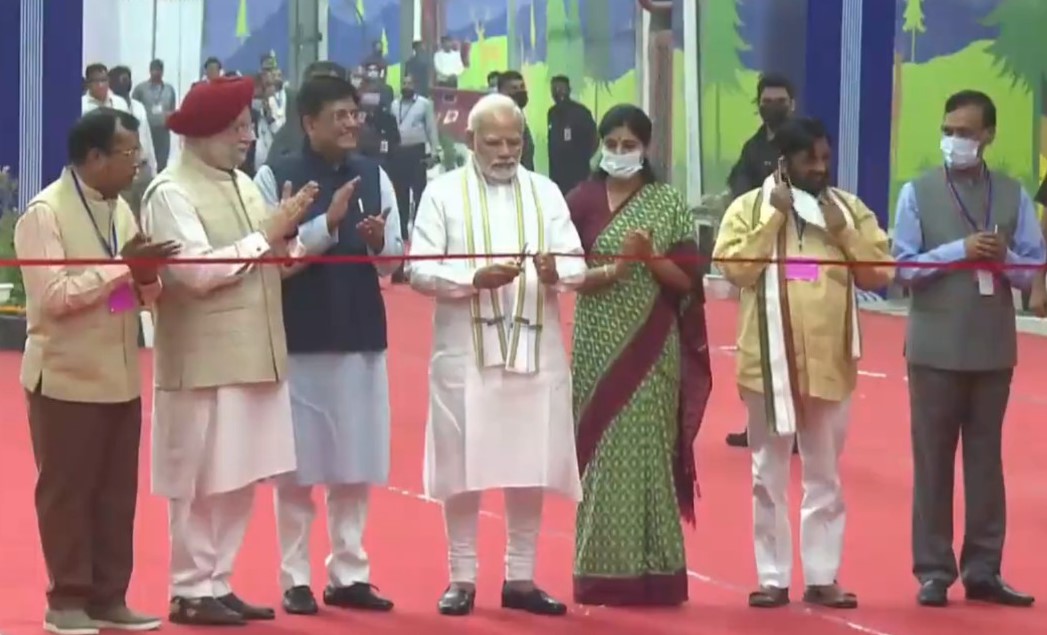 New Delhi: Prime Minister Narendra Modi today dedicated to the nation, the main tunnel and five underpasses of Pragati Maidan Integrated Transit Corridor Project in New Delhi. Speaking at the event, Modi said that this project had to undergo several obstacles including COVID.

Prime Minister also said there is no dearth of people in our country who knock on Judiciary’s door to disrupt the process of such projects but the government made it through. He said not much Pragati was made at Pragati Maidan which was formed decades ago to showcase Indian tradition.

He said, earlier, there was development plan only on paper and governments made announcements in fashion to make it to newspaper headlines and then forgot them.

Saying central government is working relentlessly to build state of the art facilities, Prime minister underlined the work undertaken by centre in modernising the infrastructure.

The project developed at a cost of more than 920 crore rupees aims to provide hassle-free and smooth access to the exhibition and convention centre being developed at Pragati Maidan.

Commerce and Industry minister Piyush Goyal said that the Pragati Maidan tunnel was a first of its kind underground Corridor in the country and is an engineering marvel. Mr Goyal said this corridor is expected to reduce around 16,000 ton CO2 and save environment.

The corridor is funded entirely by the central government.  The 1.36-km-long tunnel will have six lanes, with a three-lane carriageway on both sides. It connects Ring Road with India Gate via Purana Qila Road passing through Pragati Maidan. It will also provide direct connectivity to the huge basement parking of Pragati Maidan.

Modi inspected the Integrated Transit Corridor project and appreciated the art work inside the tunnel.