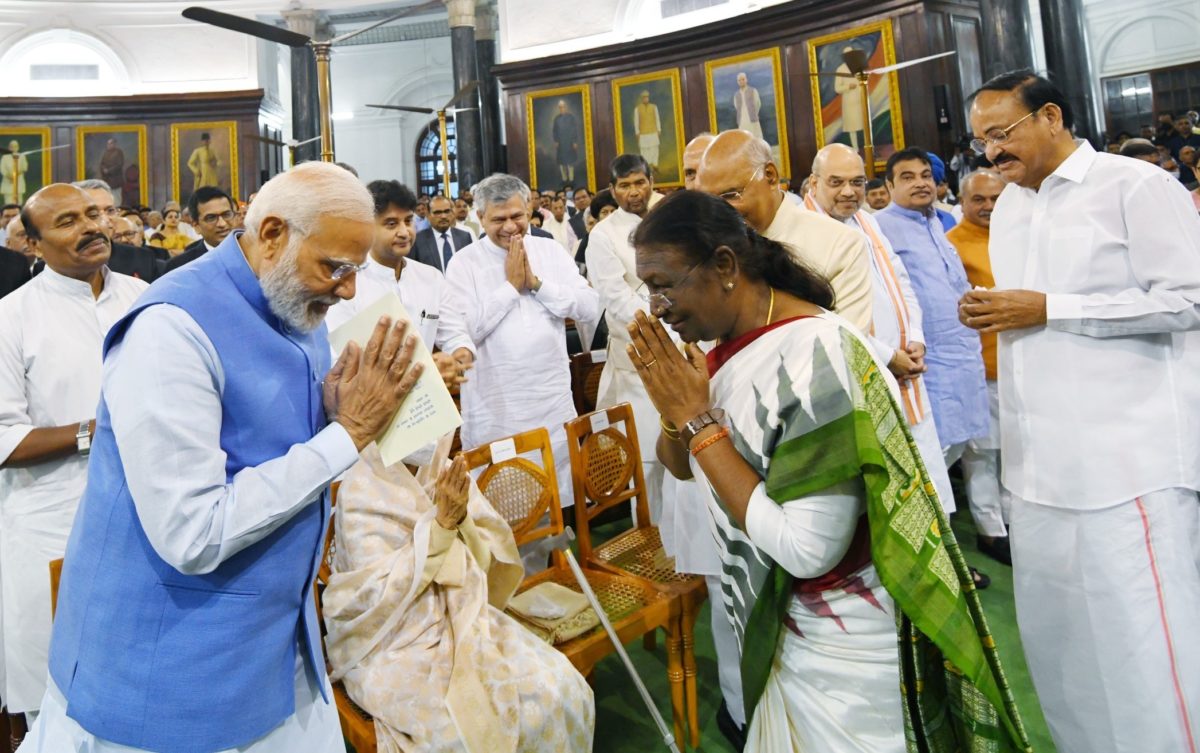 New Delhi: Prime Minister Narendra Modi has described Droupadi Murmu assuming the Presidency as a watershed moment for India, especially for the poor, marginalized and downtrodden.

In a series of tweets, Mr Modi said, the entire nation watched with pride as Ms Droupadi Murmu took oath as the President of India. He said, in her address after taking an oath, President Murmu gave a message of hope and compassion.