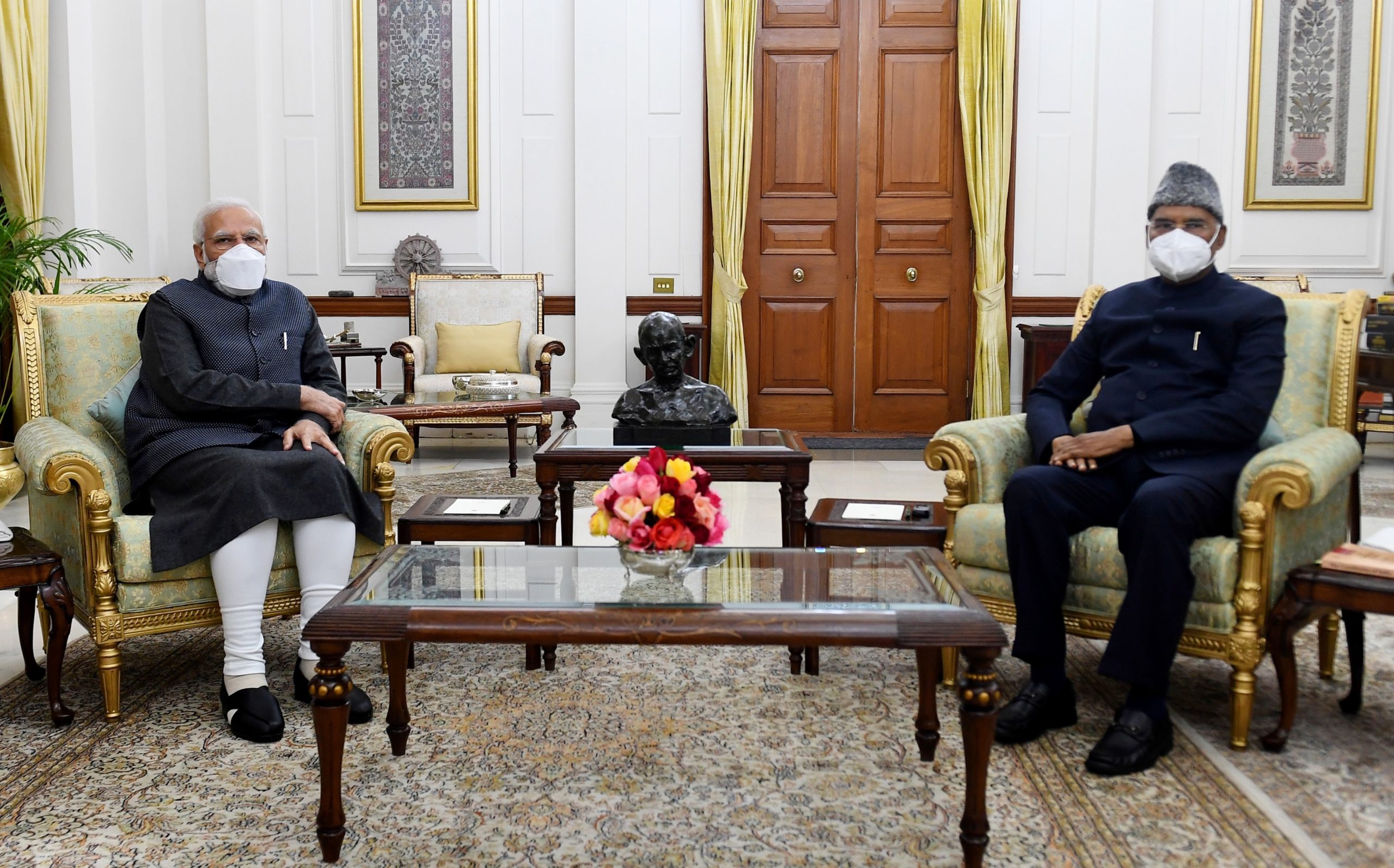 New Delhi: Prime minister Narendra Modi met President Ram Nath Kovind a short while ago at the Rashtrapati Bhavan today and received from him a first hand account of the security breach in his convoy at Punjab yesterday.The President expressed his concern about the serious lapse.

After meeting Mr Kovind, Prime Minister in a tweet said the President’s good wishes are always a strength for him. Vice President M.Venkaiah Naidu also spoke to Prime Minister Narendra Modi about the security lapse during the Prime Minister’s visit to Punjab yesterday. Naidu expressed deep concern and hoped that stringent steps will be taken to scrupulously adhere to established security protocol and ensure such a situation doesn’t recur in future.

Yesterday, the Home ministry took cognisance of the security breach and sought a report from the Punjab governmen