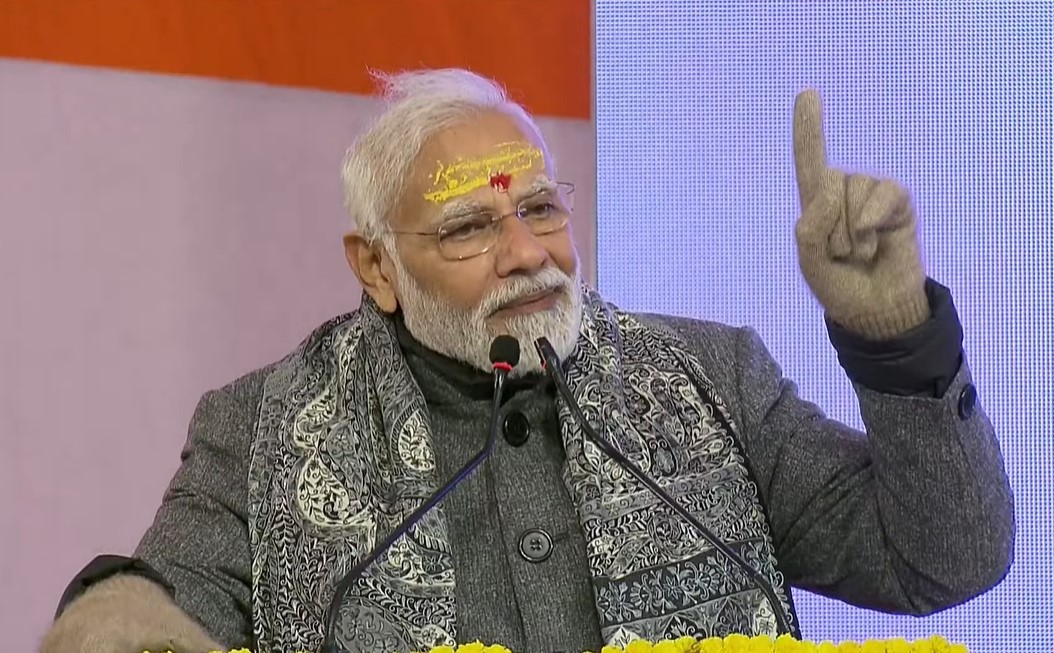 In a key step to boost connectivity in the North-East, Prime Minister will inaugurate first greenfield airport in Arunachal Pradesh – ‘Donyi Polo Airport, Itanagar’. The name of the airport reflects the traditions and rich cultural heritage of Arunachal Pradesh and its age-old indigenous reverence to the Sun (‘Donyi’) and the Moon (‘Polo’).

The airport, which is the first greenfield airport in Arunachal Pradesh, has been developed in an area of over 690 acres, at a cost of more than Rs. 640 crore. With a 2300 m runway, the airport is suitable for all weather day operations. The airport terminal is a modern building, which promotes energy efficiency, renewable energy and recycling of resources.

The development of a new Airport in Itanagar will not only improve connectivity in the region but will also act as a catalyst for the growth of trade and tourism, thus providing a boost to the economic development of the region.

During the Programme, Prime Minister will also dedicate 600 MW Kameng Hydro Power Station to the Nation. Developed at a cost of more than Rs 8450 crore and in an area spread over more than 80 kilometres in West Kameng District of Arunachal Pradesh, the project will make Arunachal Pradesh a power surplus state, also benefiting the National Grid in terms of grid stability and integration. This project will contribute in a major way towards fulfilment of the country’s commitment to increase adoption of green energy.

Guided by the vision of the Prime Minister, promotion of the idea of ‘Ek Bharat Shreshtha Bharat’ has been one of the major focus areas of the government. In yet another initiative reflecting this vision, ‘Kashi Tamil Sangamam’, a month-long programme, is being organised in Kashi (Varanasi) and will be inaugurated by the Prime Minister on 19th November.

The objective of the programme is to celebrate, reaffirm and rediscover the age-old links between Tamil Nadu and Kashi – two of the country’s most important and ancient seats of learning. The programme aims to provide an opportunity for people from all walks of life including scholars, students, philosophers, traders, artisans, artists etc. from the two regions to come together, share their knowledge, culture and best practices and learn from each others’ experience.

More than 2500 delegates from Tamil Nadu will be visiting Kashi. They will participate in seminars, site visits etc to interact with local people of similar trade, profession and interest. A month-long exhibition of handlooms, handicrafts, ODOP products, books, documentaries, cuisine, art forms, history, tourist places etc of the two regions will also be put up in Kashi.

The endeavour is in sync with NEP 2020’s emphasis on integrating the wealth of Indian Knowledge Systems with modern systems of knowledge. IIT Madras and BHU are the two implementing agencies for the programme.