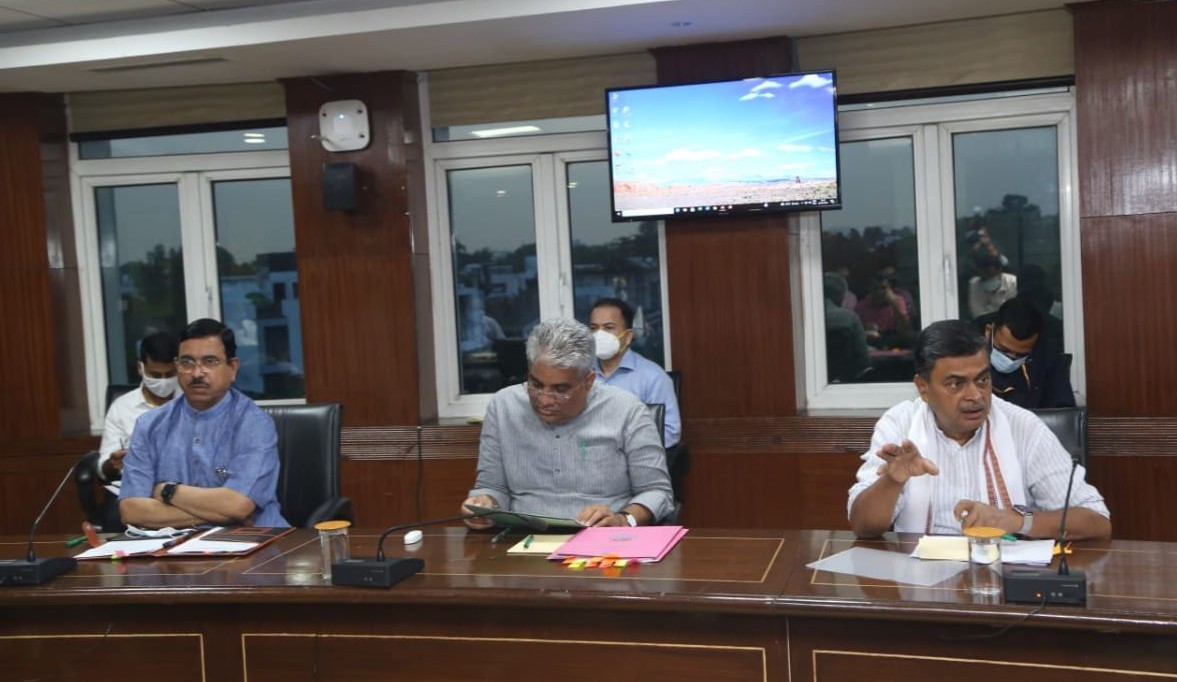 New Delhi: Union Minister of Power, New and Renewable Energy, Shri R.K. Singh reviewed the coal stock position in all thermal power plants including those plants which are supplying power to distribution companies of Delhi. Yesterday on 9th October, 2021, the total despatch of coal from all sources (Coal India Limited, Singareni Collieries Company, Captive Coal Mines and imported coal) was 1.92 million tonnes while the total consumption was 1.87 million tonnes.

Thus, the coal despatch have exceeded the consumption, thereby indicating shift to gradual building up of coal stock. Ministry of Coal and Coal India have assured that there is ample coal available in the country to meet the demand of power plants. Any fear of disruption in power supply is entirely misplaced. The coal stock at power plant is sufficient for more than 4 days’ requirement and as the coal supply is being ramped up by CIL, the coal stock at power plant would gradually improve.

The Minister has directed that distribution companies of Delhi will get as much as power as requisitioned by them as per their demand. NTPC and DVC have been directed to give full availability as per the requirement of DISCOMs. GAIL India Limited has been advised to make gas available from all sources viz., APM, SPOT, LT-RLNG sources to gas based power plants in Delhi. NTPC has also been advised to offer normative declared capacity to the Delhi DISCOMs as per their allocations from gas based power plants under respective PPAs. If any DISCOMs is found to resort to load shedding despite being power available as per PPA, action would be initiated against them.

Despite heavy rains in the month of August – September 2021, steep hike in power demand due to economic recovery and increase in prices of imported coal, domestic coal supply have sustained the operation of power plants and all out efforts are being made to ensure full power supply to the DISCOMs as per there requirements.