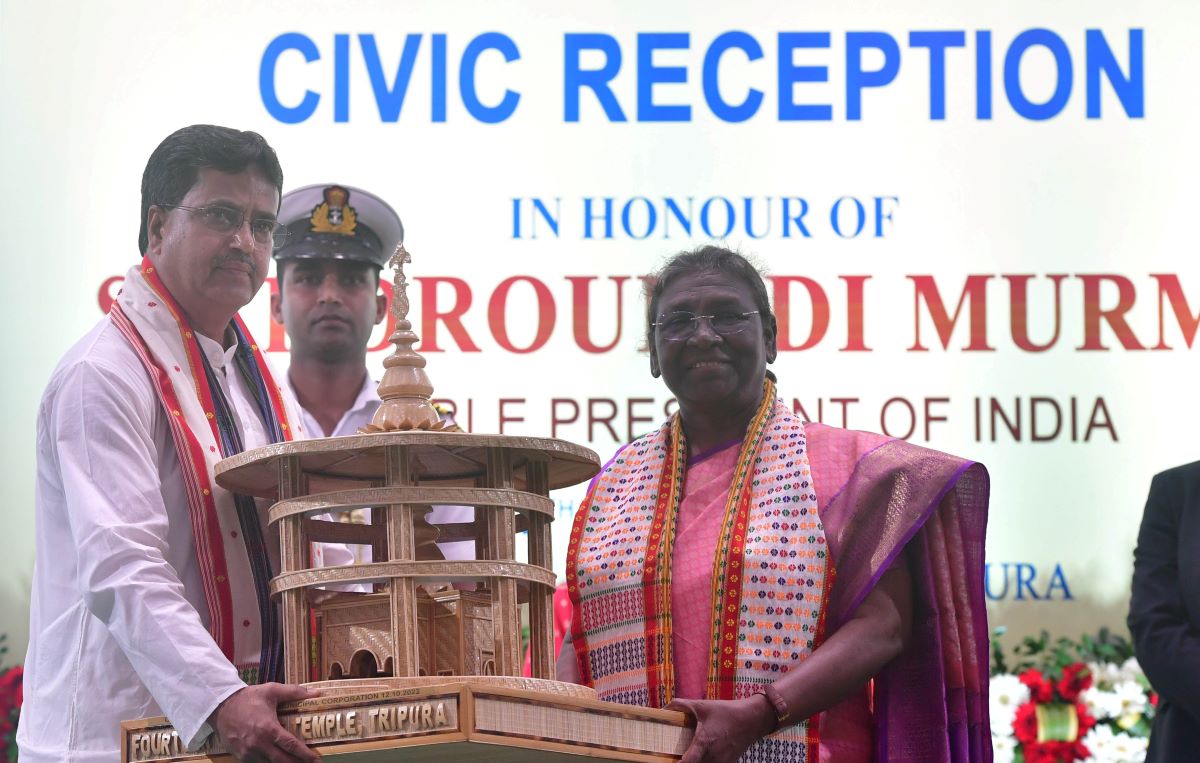 New Delhi: The President Smt Droupadi Murmu, attended a civic reception hosted by the Government of Tripura in her honour at Town Hall, Agartala this evening (October 12, 2022).

Speaking on the occasion, the President thanked the people of Tripura for their warm welcome. She said that the composite culture of Tripura is the pride of India. The tribal community of Tripura has maintained a beautiful amalgamation of democracy and tradition.

The President said that living in harmony with nature is the specialty of tribal society. Most of the area of ​​Tripura is rich in forest resources. In preserving this invaluable forest wealth, the natural lifestyle of the tribal society has played an important role.

She was happy to note that Tripura was on the top place in achieving the target of ‘Responsible Consumption and Production’, included in the Sustainable Development Goal –12 during the year 2020-21. She also noted that Tripura is one of the two states that generate the least plastic waste.

The President noted that Tripura is a power-surplus state and it exports electricity to Bangladesh. She said that connectivity between Bangladesh and India has increased with the construction of ‘Maitri Setu’ over Feni River.

At the same time, it has become convenient for the entrepreneurs of Tripura to use the ports of Chittagong and Ashuganj. It can be said that, from the very beginning, Tripura has played a major role in deepening India’s friendship with Bangladesh.

The President was happy to note that Tripura is making steady progress as an educational hub. She said that many institutions of higher and professional education are established in the state, where students from not only the North Eastern Region but also from other parts of India and abroad come for education. She was also happy to note that Tripura has achieved the target of 100 percent enrollment at the level of elementary education.

Earlier, the President visited Albert Ekka War Memorial in Agartala and paid homage to brave soldiers who made the supreme sacrifice in the line of duty during the 1971 Bangladesh Liberation war.