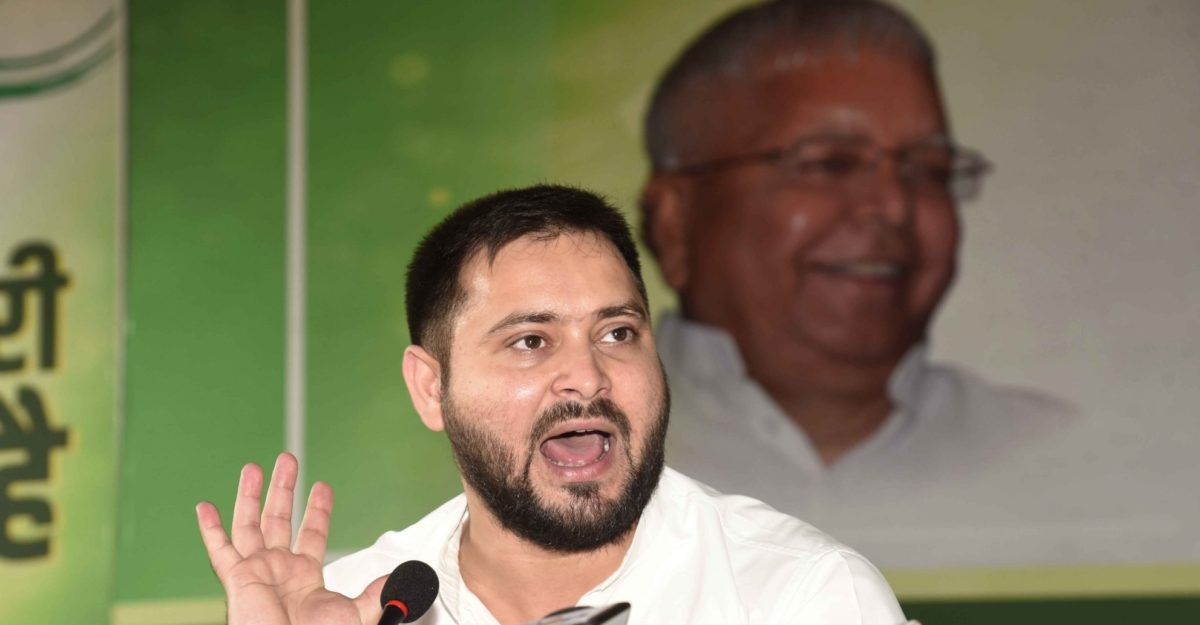 Patna: Raising strong objections against the farm Bills, the opposition Rashtriya Janata Dal (RJD) has called for a Bihar ‘Bandh’ on Friday.

Party leader Tejashwi Yadav has asked supporters to hit the roads in each of the 38 districts headquarters of Bihar and register strong protests against the Bills.

“The farmers of Bihar are already distraught. The agri Bills will make them completely helpless. These Bills will allow industrialists to take over the agriculture sector,” he said.

Taking a dig at Prime Minister Narendra Modi and Bihar Chief Minister Nitish Kumar, he also said that if RJD supremo Lalu Yadav would shake hands with the BJP, he would be seen as “Raja Harishchandra” and the fodder scam or “Chara Ghotala” would be converted into “Bhaichaara” or brotherhood.

In Patna, supporters have been asked to assemble at the party office on Veerchand Patel Path followed by march towards Income Tax roundabout, Dak Banglow Chowk and return to the party office.

Party insiders believe it is a show of strength by the RJD.

Tejashwi himself uploaded a photograph on social media posing as a protester while driving a tractor on Thursday evening.