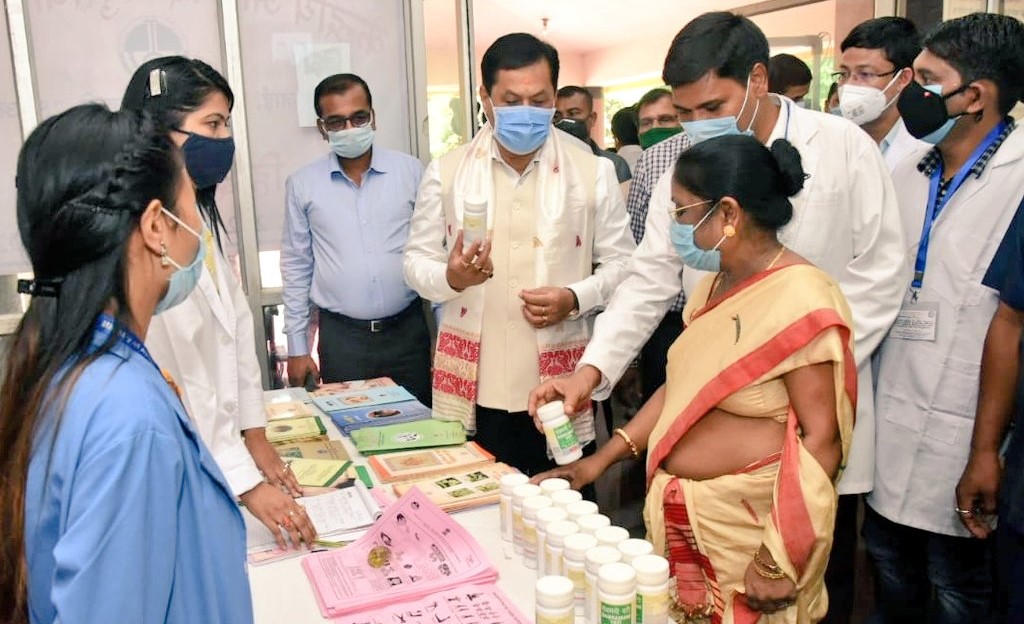 New Delhi: Union Minister of AYUSH, Ports, Shipping, & waterways Sarbananda Sonowal visited the Central Ayurveda Research Institute and the Regional Research Institute for Homoeopathy, under the Ministry of Ayush in Guwahati. The Minister interacted with the researchers & staff and also took a tour of the medicinal plant garden at the campus.

Speaking about the role of the AYUSH Ministry in carrying forward the vision of PM Narendra Modi, the Union Minister said, “The Ministry is taking all steps to popularize Indian traditional systems of medicine all over the world. I urge the scientists to further explore the rich resources of Assam & NE and strengthen our traditional systems of medicine.”

During his visit, the Minister said that Assam has more than 1,700 species of medicinal plants. He called upon the scientists to engage with the people of the region to explore the potential of the rich resources of the North East and urged them to spread awareness about the field so that youths and the common people can make AYUSH a part of their lives.