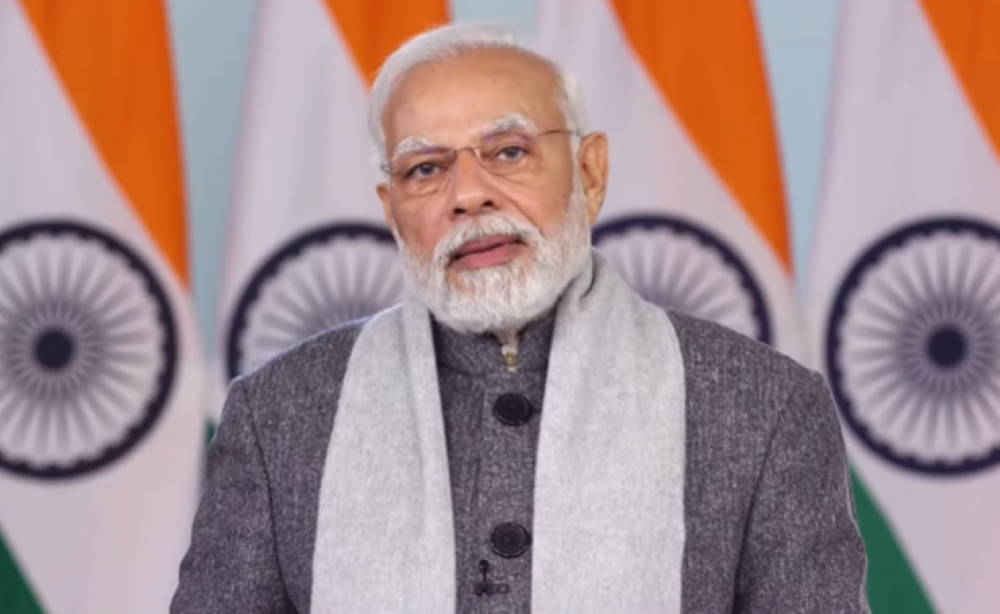 The Prime Minister said that when a number of great events take place simultaneously, often there is ‘Yoga-Shakti’ i.e. a collective and uniting power behind them. The Prime Minister recalled many great personalities who not only contributed to the freedom struggle but also gave fresh life to the soul of the nation.

Among them, three personalities, Sri Aurobindo, Swami Vivekananda and Mahatma Gandhi had many great events in their lives at the same point in time. These events not only changed the lives of these personalities but also brought far-reaching changes in national life.

He noted the similar confluence of events in the present time when the country is celebrating 75 years of Independence and starting its journey of Amrit Kaal as we are witnessing the 150th anniversary of Sri Aurobindo and the 125th Anniversary of Netaji Subhas.

“When motivation and action meet, even the seemingly impossible goal is inevitably accomplished. Nation’s successes in the Amrit Kaal today and resolution of ‘Sabka Prayas’ are proof of this ”, he said.

The Prime Minister said that the life of Sri Aurobindo is a reflection of ‘Ek Bharat Shreshtha Bharat’ as he was born in Bengal and knew many languages including Gujarati, Bengali, Marathi, Hindi and Sanskrit. He spent most of his life in Gujarat and Puducherry and left a deep imprint wherever he went.

Throwing light on the teachings of Sri Aurobindo, the Prime Minister remarked that when we become aware of our traditions and culture and begin to live through them, it is at that moment when our diversity becomes a natural celebration of our lives. “It is a source of great inspiration for Azadi Ka Amrit Kaal. There is no better way to explain Ek Bharat Shreshtha Bharat other than this”, he said.

The Prime Minister recalled the opportunity to take part in the Kashi Tamil Sangamam and remarked that the wonderful event is a great example of how India binds the country together through its culture and traditions.

The Prime Minister pointed out that Sri Aurobindo was such a personality whose life had a modern scientific temper, political rebelliousness and a sense of the divine as well. The Prime Minister recalled his ‘no compromise’ slogan during the division of Bengal. His ideological clarity, cultural strength and patriotism made him a role model for the freedom fighters of that time.

Shri Modi also dwelled on the sage-like aspects of Shri Aurobindo who used to hold forth on deep philosophical and spiritual issues. He added the element of social service to the Upanishads. The Prime Minister pointed out that we are embracing all views in our journey of developed India without any feeling of inferiority. We are working with the Mantra of ‘India First’ and placing our heritage with pride before the entire world.

The Prime Minister further added that it is the life of Sri Aurobindo that embodies another strength that India possesses which is also one of the five pledges -“Freedom from the mentality of slavery”. He further added despite heavy western influence, when on his return to India, Sri Aurobindo came in contact with the Gita during his time in prison and he emerged as the loudest voice of Indian culture.

Shri Modi further recalled that he studied the scriptures and translated texts ranging from Ramayana, Mahabharata and Upanishads to Kalidas, Bhavabhuti and Bharathari. “People witnessed India in Sri Aurobindo’s thoughts, the same Aurobindo who was once kept away from Indianness in his youth. This is the real strength of India and Indianness”, the Prime Minister remarked.

“India is that immortal seed which may be suppressed a little under adverse circumstances, may wither a little, but it cannot die”, the Prime Minister continued remarking on the rich cultural history and said, “India is the most refined idea of human civilization, the most natural voice of humanity.”

Talking about the cultural immortality of India, the Prime Minister said, “India was immortal even in the time of Maharishi Aurobindo, and it is immortal even today in the Azadi Ka Amrit Kaal.” The Prime Minister concluded his address by noting the dire challenges faced by the world of today and underlined the importance of India’s role in overcoming these challenges. “That’s why we have to prepare ourselves by taking inspiration from Maharishi Aurobindo and create a developed India by Sabka Prayas”, he concluded.