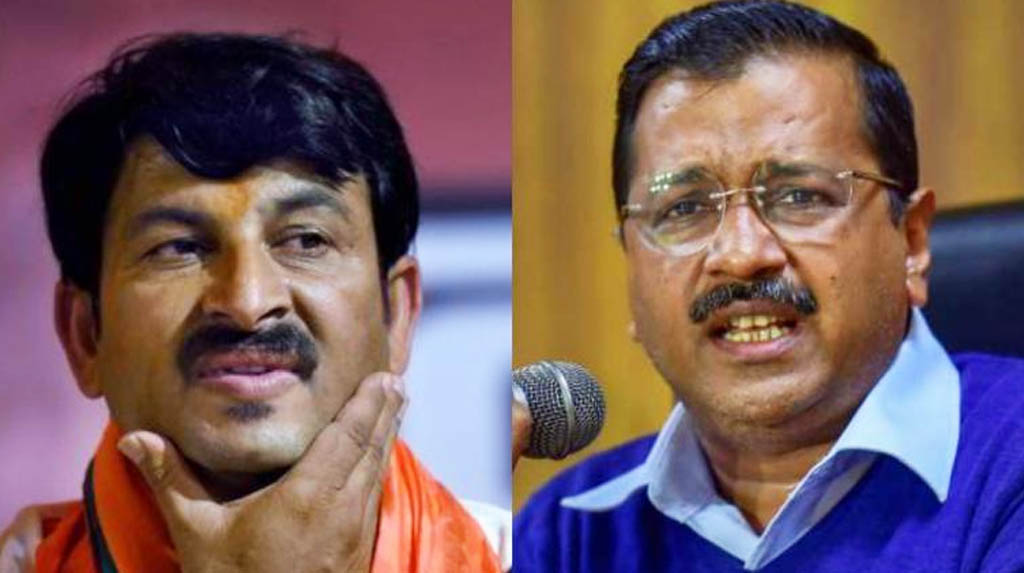 New Delhi:  A day after the Delhi’s AAP government shifted hundreds of migrant labourers from the Yamuna river bed near the Kashmere gate area, the BJP said that it had apprised Chief Minister Arvind Kejriwal of the issue on April 8 and also asked him to shift them to a safer place.

Neelkant Bakshi, Head, Media Relations of Delhi BJP, told IANS, “The issue of the migrant labourers was taken up by Manoj Tiwari on April 8 with the Chief Minister in a video call. Tiwari also raised concern about homeless people not getting proper and quality food.”

Bakshi’s remarks came a day after the Delhi government ordered to vacate the area, 10 days after IANS reported the plight of hundreds of migrant labourers living in the river bed.

Bakshi said that Delhi BJP chief Manoj Tiwari was updated on the IANS report from the Yamuna river bed highlighting the plight of migrant labourers and thus he raised the issue with Chief Minister for intervention.

Bakshi further said that the Delhi BJP Chief also demanded to know about the kitchens set up by the Delhi government to prepare food for the stranded people, so that MPs can also go and inspect and help.

He further said that the Chief Minister deputed AAP Rajya Sabha MP Sanjay Singh and asked him to share details of back end kitchen where the food was being prepared. “But to our surprise till date no list has been shared by the Aam Aadmi Party or the Delhi government,” the BJP leader said.

The BJP leader also said that several Delhi Lok Sabha MPs have requested Kejriwal to share the details of the kitchens operated by the city government, but to date no list has been shared.

Bakshi further said that Tiwari, who is also a Lok Sabha MP from northeast Delhi, again posted a video appeal to Kejriwal on April 14 requesting him to share kitchen details so that he can put posters of these 500 kitchens, as he did on 20th day of the lockdown on 20 sanitisation machines, so that people know about the kitchens run by the AAP government.

“The AAP government claims to run 500 kitchens with the logic that each kitchen prepares food for at least 2000 people to a total of 10 lakh people. We just wanted the details of these kitchens, Bakshi added.

The issue of migrant labourers turned into a flashpoint between the ruling AAP and the BJP on Wednesday, as the latter slammed the city government for ignoring hundreds of migrants who were forced to take shelter under the bridge that connects east Delhi with north Delhi’s Kashmere gate Interstate Bus Terminal (SBT).

The action to vacate the Yamuna river bed came exactly 10 days after IANS visited the spot in the night and highlighted the plight of the migrant labourers, who were stranded here with no money and food after the 21-day nationwide lockdown was announced by Prime Minister Narendra Modi on March 24.

Over 2,000 migrant labourers were forced to stay on the river bed in pathetic situation with no facilities of drinking water and toilets. They got food during the day and night when it arrived at the nearby night shelters.

The Yamuna riverbed where these migrant labourers were staying for more than 23 days is just two kilometres away from the residence of Kejriwal and Lt Governor Anil Baijal.