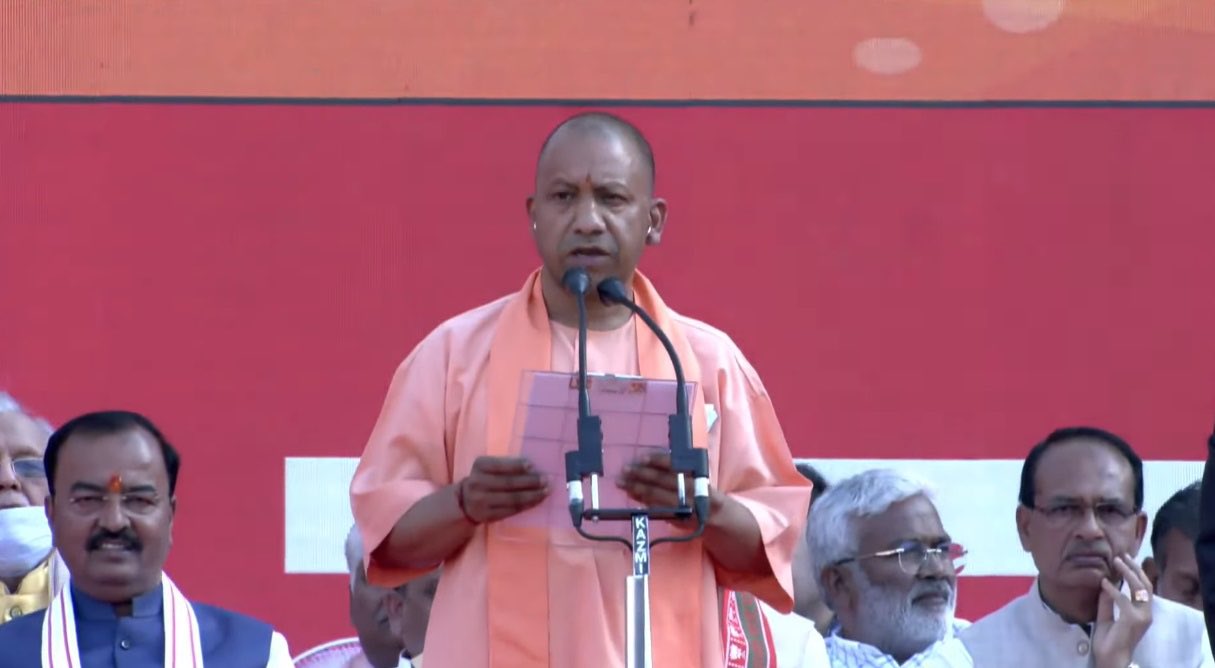 New Delhi: Uttar Pradesh government has decided to extend the free ration scheme for the next 3 months in the state. The decision was taken in the first cabinet meeting held today.

Addressing the media after the first cabinet meeting of his government, Chief Minister Yogi Adityanath said that the free ration scheme will benefit 15 crore people of the state. For this, the govt will spend around Rs 3,270 Cr. The scheme was started during the Corona period and gave a big relief to the poor and downtrodden people of the state.

In another development Senior BJP leader and MLA from Mankapur in Gonda, Ramapati Shastri was sworn in as pro-tem speaker of the assembly. The oath was administered by Governor Anandiben Patel.