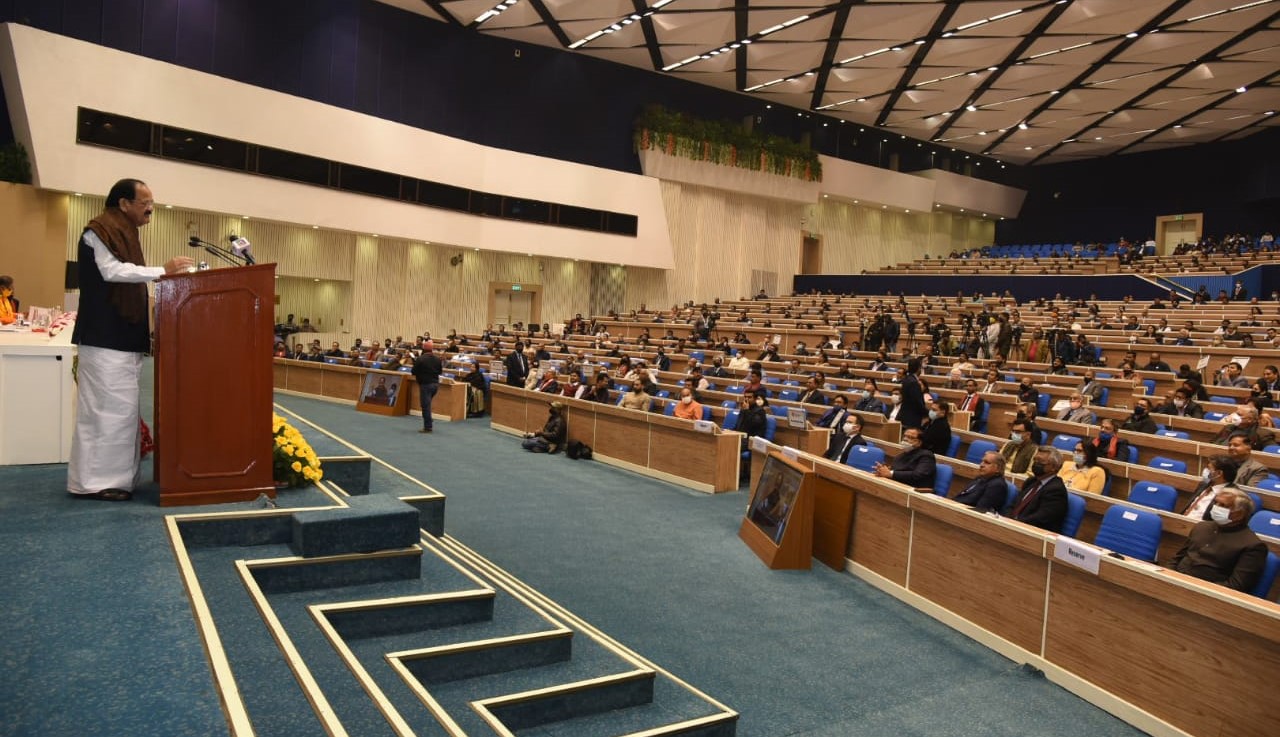 New Delhi: Vice President M Venkaiah Naidu has called for Indianisation of education system in the country. He inaugurated Rishihood University at Vigyan Bhawan, today. Addressing a gathering of educationalists, Naidu said our country had rich knowledge, traditions and practices.

He recalled past days of India when we had contributed 25 percent of world’s GDP. However, he said, foreign rulers have not just destroyed the country’s wealth but minds as well. Naidu said, the colonialism has influenced the minds of influential people of the country and the education system as well.

Naidu called upon the public to engage in the thoughts of past glory, richness and happiness. He said, the New Education Policy by Narendra Modi led government has initiated Indianisation of education system and appealed the educationalists to join hands to strengthen the government efforts.