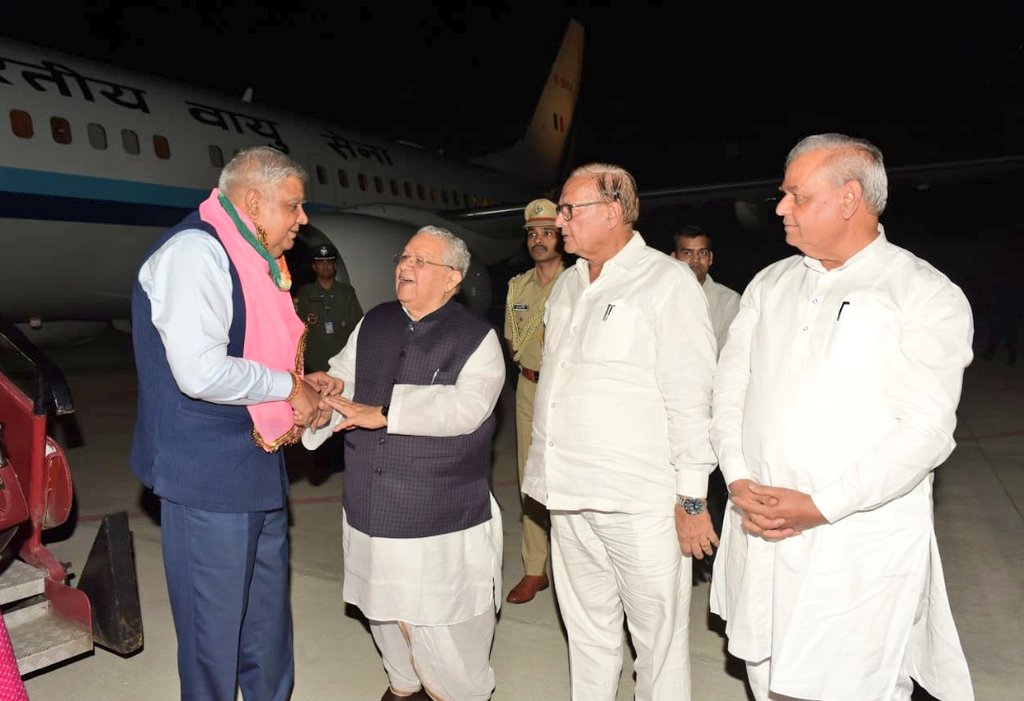 New Delhi: The Vice President, Shri Jagdeep Dhankhar along with his spouse Dr Sudesh Dhankhar today arrived in Rajasthan on an official tour, his first to the state after becoming the Vice President of India. During the trip, he visited a number of holy places and attended felicitation programs organised in his honour.

Shri Dhankhar’s daylong tour started from his native village Kithana in Jhunjhunu where he arrived from Delhi by Air Force helicopters in the morning. On his arrival, he was welcomed by Smt. Mamta Bhupesh, Minister of Women & Child Development, Government of Rajasthan, Shri Narendra Kumar, Member Parliament (Lok Sabha), senior officials and people’s representatives from the area.

Thereafter, the Vice President and his spouse prayed at and took part in Aarti at Shri Balaji temple, Jodiya and Shri Thakur Ji temple, Kithana. At his parental village, Shri Dhankhar also laid the foundation stone of a new building at Mahatma Gandhi Government School and interacted with students.

During this visit, Kithana Panchayat organised a felicitation program in honour of the Vice President. Speaking on this occasion, Shri Dhankhar highlighted the importance of education in one’s life and asked everyone present to focus on the education of their wards. “All I could achieve in my life was because of good education,” he said.

Noting that India has become the fifth largest economy in the world, he emphasized that the foundation of India\’s development lies in our villages and urged farmers to focus more on horticulture and tree plantation. 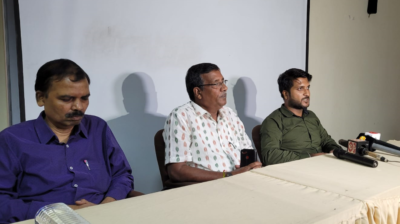