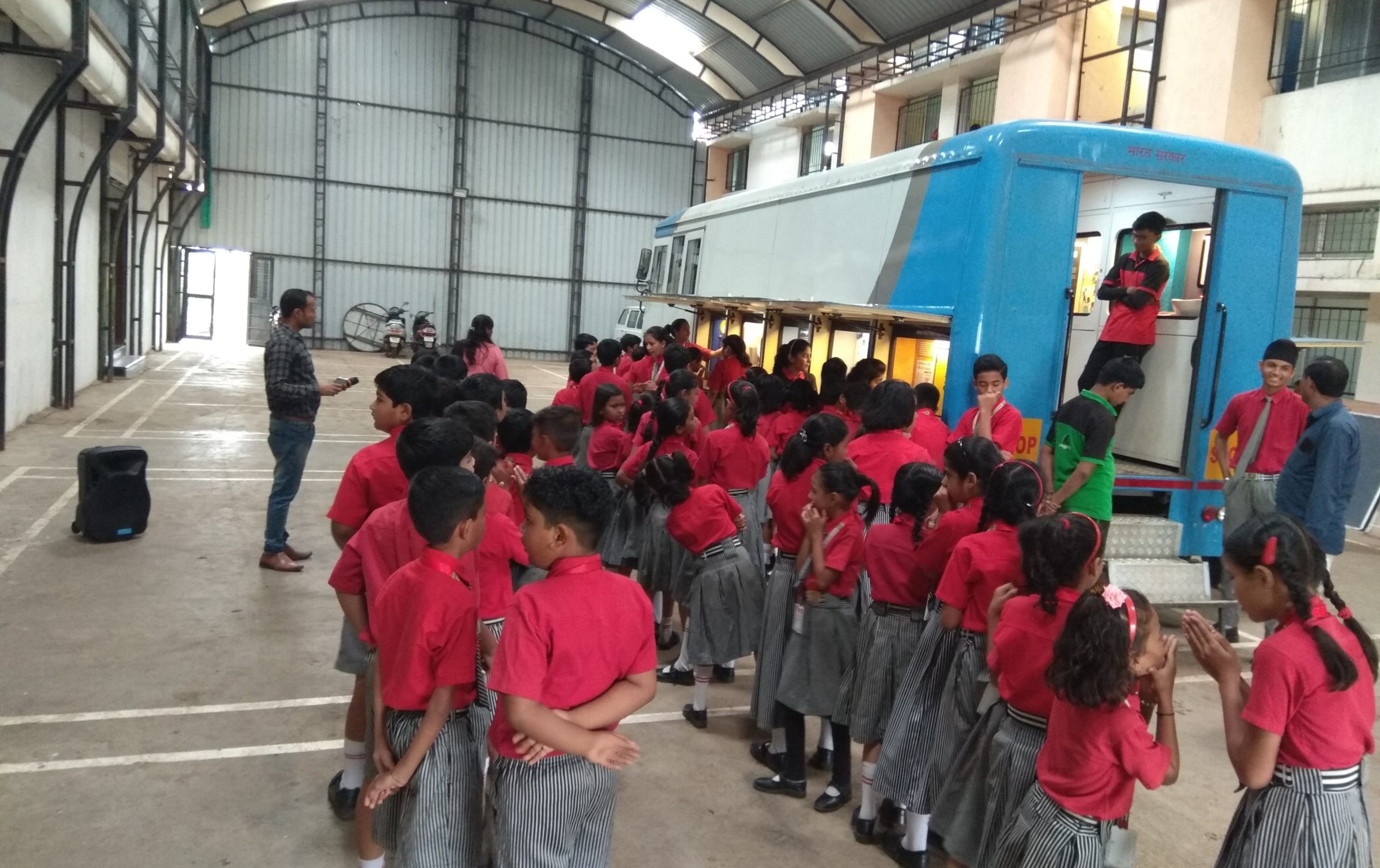 New Delhi: The Government of India is holding a year-long programme, Azadi ka Amrit Mahotsav, to pay homage to freedom fightes and showcase the country’s achievements in various fields on the 75th anniversary of its Independence.

As part of this activity, the Government’s various science and technology organisations, in close partnership with agencies at the level of the states are celebrating S&T achievements over the 75 years.

A week-long commemoration titled Vigyan Sarvatra Pujyate is being held from February 22 to 28 simultaneously in 75 locations across the length and breadth of the country from Leh and Srinagar to Port Blair and Kavaratti Islands in Lakshadweep from north to south and from Ahmedabad and Daman to Itanagar, Kohima, and Aizawl from west to east, apart from the national capital of Delhi. As a feather in the cap, a science & technology mega expo, National Science Book Fair are being held in New Delhi’s Jawaharlal Nehru stadium .

The programme has been designed to inspire India’s youth and help them navigate into building a progressive nation; bring to the forest ories of people in science whom these achievements possible; reinforce the commitment of the scientific community towards the economic and social development of the country; present the awe inspiring futuristic mega science projects embarked by the nation and highlight the work being done by R&D organizations from across the country, as they lead science and technology efforts on the road to 2047. The event would display the country’s scientific  legacy and technology prowess that has helped find solutions to defence, space, health, agriculture, astronomy, and other sectors.

This event is jointly organised by Department of Science and Technology, Department of Biotechnology, Council of Scientific and Industrial Research, Ministry of Earth Sciences, Department of Atomic Energy, Department of Space, Indian Council of Medical Research, All India Council for Technical Education, and Defence Research Development Organisation, under the leadership of the office of the Principal Scientific Officer to the Government of India and the Ministry of Culture. Vigyan Prasar, an autonomous organization of DST with a mandate to promote science communication in the country, is the coordinating agency.

The programmes have been grouped under four themes. The first theme is `from the annals of the history of S&T’. This section traces the contributions of founders of modern science and institutions of national importance to nation-building. It will be done in the form of the screening of 75 films on 75 scientists, and 75 lectures by eminent scientists and technocrats across the 75 locations.

The programmes under the second theme, ‘Milestones of Modern S&T’, will highlight critical discoveries, innovations, or inventions that made a mark in the global science or India’s development story.

The third theme, `Swadeshi Paramparik Inventions and Innovations’, will showcase 75 inventions or technologies that made India self-standing and helped in achieving the goal of self-reliance by drawing upon the reservoir of traditional knowledge systems, such as drugs from herbs.

The fourth theme, `transforming India’, will look at the road ahead for the next 25 years of Indian S&T. It would include talks by 75 eminent scientists & technocrats from within India and the diaspora on their ideas for Indian S&T as it marches towards the centenary year of India’s independence.

The Mahotsav would include a mega expo and a book fair to be held at the grounds of Jawaharlal Nehru Stadium in Delhi. The science literature festival that will bring together science writers, communicators, artists, poets, dramatists, street play artists, hands-on science demonstrators, journalists, students,  and  teachers.  The  literature  festival  aims  to communicate science through theatre, poems, various folk forms, and cultural events, including a puppet show, and shadow play. It is being organised simultaneously from all 75 locations.

Besides, several competitions, including quiz programmes, essay, poster, and poetry contests are being held to promote scientific temper, particularly among the youth and different science activities are being organised at all the 75 locations. The open-ended, hands-on activities are aimed at motivating young learners to appreciate the joy of science learning by doing it. Through these participatory opportunities jan bhagidari in the celebrations would be nurtured.

The programme will be held in various Indian languages, including Kashmiri, Dogri, Punjabi, Gujarati, Marathi, Kannada, Malayalam, Tamil, Telegu, Odiya, Bengali, Assamese, Nepali, Maithili, and Manipur and will include the screening of 75 films.

The inaugural programme would be held at Vigyan Bhavan, New Delhi on February 22 at 3 PM and will be telecast live at all the 75 locations across the country, where the festival is being organised. Minister of Tourism, Culture and Development of North Eastern Region of India Shri G. Kishan Reddy and Union Minister of State (Independent Charge) Science & Technology; Minister of State (Independent Charge) Earth Sciences; MoS PMO, Personnel, Public Grievances, Pensions, Atomic Energy and Space, Dr Jitendra Singh will inaugurate the programme.

The programme will end with a grand valedictory function. It will coincide with the National Science Day, celebrated on February 28 every year since 1987 in remembrance of Nobel Laureate Sir C.V. Raman’s path-breaking discovery of the Raman Effect in 1930. National Science Communication Awards to this year’s awardees, and prizes to the winners of various contests held as part of the Mahotsav would be presented.

The entire event, including the main inaugural and valedictory functions at Delhi, will be live streamed from across all 75 places. All events would be organised mindful of the relevant and required COVID protocols and adhere to the directives of appropriate agencies.