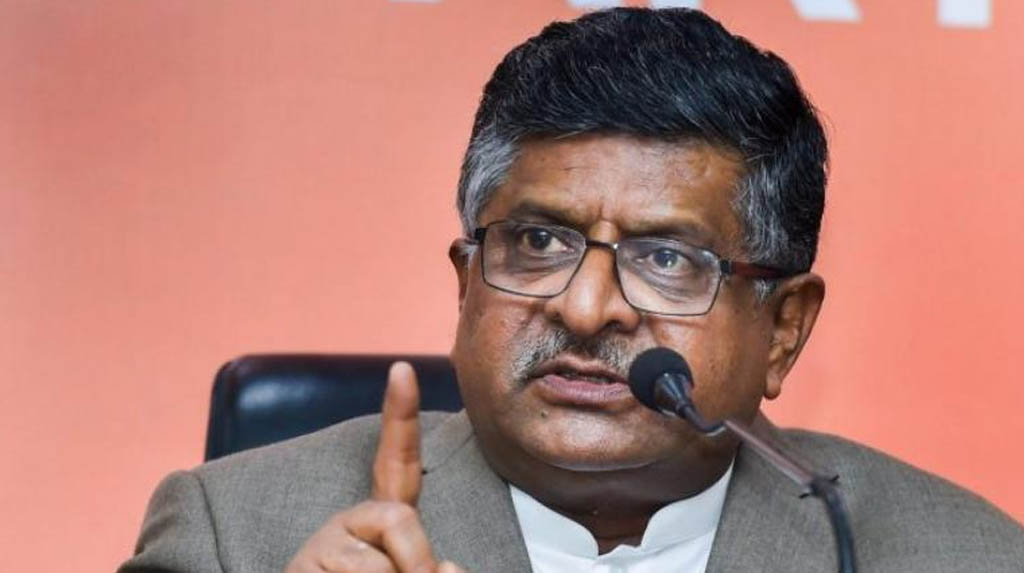 New Delhi: Law Minister Ravi Shankar Prasad asserted on Tuesday that the government is ready to debate on the Delhi violence on March 11, a day after Holi.

Reasoning the choice of the date, Prasad told the media: “It should be our common effort to ensure amity, understanding and peace in Delhi. Peace has returned to Delhi today. Normalcy is also returning.”

He added that the government’s priority was to ensure that Holi could be “celebrated” in an atmosphere of “brotherhood”.

Suggesting that it was best to defer any debate on the sensitive issue that cost 46 lives so far, till Holi got over, Prasad said that the offer was extended to the opposition by Parliamentary Affairs Minister Prahlad Joshi and senior ministers like Narendra Tomar and Arjun Ram Meghwal, besides himself.

The Lok Sabha was adjourned multiple times on Monday and Tuesday after the opposition demanded to discuss the riots that started on February 23 and lasted at least three days.

Earlier in the day, Lok Sabha Speaker Om Birla tried to reach a consensus for smooth operation of the House.

On Monday, ruckus broke out in the lower House when both Congress and the BJP came face to face which was followed by minor shoving as well.

It all started when Congress members came over to the treasury benches as BJP’s chief whip in the Lok Sabha, Sanjay Jaiswal was speaking in the House. Soon, BJP members like Ramesh Bidhuri came to Jaiswal’s rescue.

A group of women members of Parliaments too met Om Birla to raise the issue of alleged attack on Meena and its Chikkamagaluru MP Shobha Karandlaje. Calling it a “perverse desire to vitiate the proceedings”, she asked for the expulsion of the Congress MP.

On Monday, the opposition demanded Union Home Minister Amit Shah’s resignation for the handling of the Delhi violence.