Yoga is not for India alone, but for the entire humanity; PM on IDY 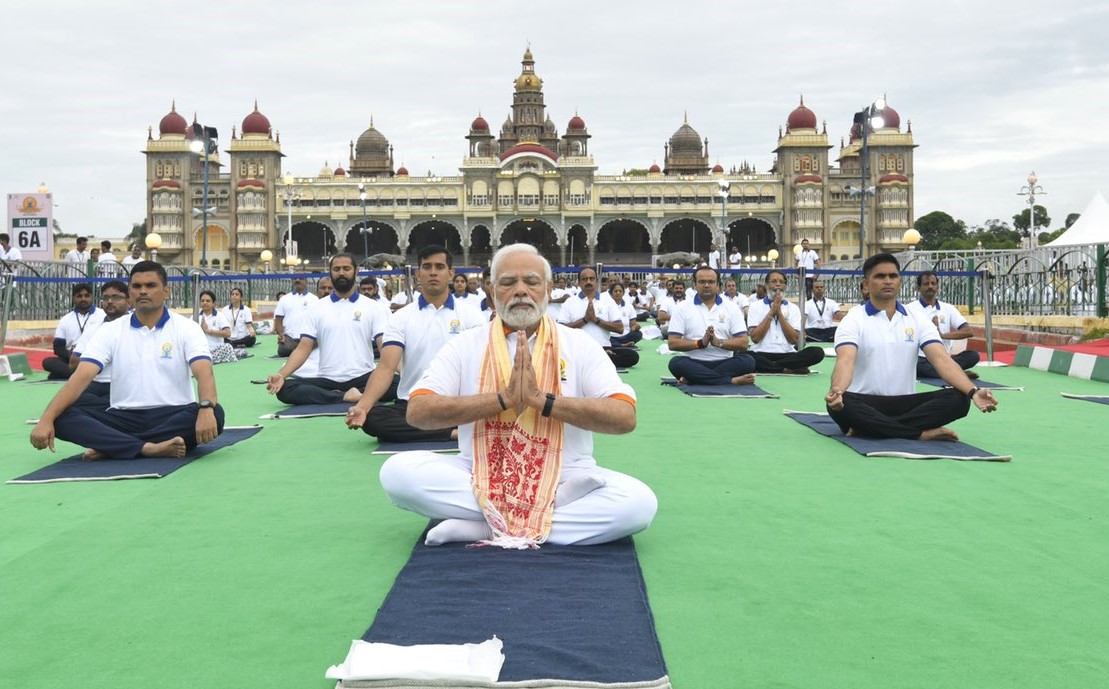 New Delhi: Prime Minister Narendra Modi today lead the 8th edition of International Day of Yoga in the Heritage City of Mysuru in front of the Iconic Palace today.

On the occasion, the Prime Minister said Yoga is not for India alone, but for the entire humanity. He asserted that Yoga is not merely for individuals, but it brings peace to our universe.

Mr.Modi emphasized on the need to realise the unlimited possibilities of yoga. He pointed out that yoga is a process that leads one from inner peace to realise universal peace. Know thyself, our ancestors said, to know the universe and Yoga shows the way to do it.

Yoga he said, takes one from self to the self consciousness of world. Yoga is a great problem solver, it can change our lifestyle. Yoga helps us to orient our mind towards problem solving, be it, climate change or international conflict.

The world has now realised the benefits of yoga as it has provided a window to the spiritual growth of mankind. He thanked United Nations and other countries for participating in the International Day of Yoga.

He called upon everyone to make yoga a way of life.

Speaking on the occasion the Ayush Minister Sarbanad Sonowal said that Yoga is our art culture and tradition. He thanked Prime Minister for spreading the message of yoga at the International Fora.

Chief Minister of Karnataka, Basavaraj Bommai thanked Prime Minister for choosing Mysuru to host the event. He said the Prime Minister has brought the world together on the platform through the medium of Yoga .

The Governor of Karnataka, Thawar Chand Gehlot, the Scion of Mysuru Royal Family, Yaduveera Krishna Dutta, Chamaraja Wadiyar and his mother Pramoda Devi Wadiyar also graced the occasion. During the yoga day around 15000 yoga performers performed yogaasnas along with the Prime Minister.