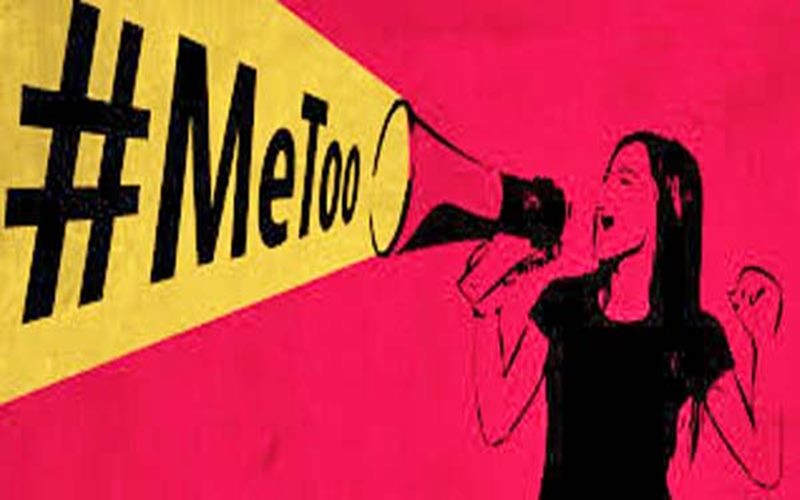 Of late, #MeToo movement has set the Indian media on fire with tales of women who have faced sexual exploitation or harassment at workplaces at the hand of their bosses or powerful colleagues. The movement has unfolded the magnitude of sexual harassment the women face at their workplaces.

Sexual harassment at work place has been a lived reality in the lives of many women amidst a persisting profound culture of silence. Society had no acceptance either to question or accept any discourse on this issue. Rather the issue has been trivialised in the name of culture.

#MeToo has shaped the discourse on the issue not only in media but also in different sectors. This has questioned the centuries old patriarchy and prevalent social norms that considers women objects and commodities.

The movement has raised eyebrows of many who pose questions such as why the women have complained about harassment after so many years and why the movement has no connect with rural women. Though mostly urban women have come forward to express their anguish through this movement, it is needless to say that rural women working in agriculture sector, women working in urban informal sectors such as construction, brick kilns, as petty vendors, domestic help and in whole array of such other sectors are facing similar harassment. They might be expressing their anger in some other ways as they are largely not connected to media or any formal mechanism put in place under any law.

Women have every right to tell their stories any time in their life span at any forum. Moreover, the enabling environment created by this movement has empowered many women to share their tales, which have marred their dignity. Let’s welcome that time when women from every nook and corner and from every sector connect with this movement and unfold their struggles of work lives.

The movement has not only raised vague questions but also has brought into light reactions of some perverted minds. One such reaction was an opinion piece published in The Samaj on October 21 titled “Me Too Mahamari (epidemic)”. The article is by far the worst anti-women and misogynistic write up demeaning the honour of women at large. It has not only made offensive comments against the women who have shown paramount courage to tell their stories, but also reflected the fundamental patriarchal thinking, which commodifies every woman. The article has been condemned by many people, including men who believe in equality and respects women.

Bigger questions to be answered

The stories on #MeToo and its responses, either from media or from other sections of society, tell the half of the stories. The bigger questions have remained unanswered. The movement has posed many questions and challenges related to workforce participation of women.

The foremost question is how to ensure safety and dignity of women in workplaces and why work force participation of women is pegged at 21% to 25% in India. The sexual harassment meted out to women prevents them to participate in workforce and continues to reinforce public-private dichotomy. Further, the care work (cleaning, cooking, child care, adult care, etc.) performed by women consumes much longer hours but it has not been recognised as work and hence not been reflected in national income.

As society does not values the work of women and reinforcing public private dichotomy favours neo-liberal economic forces, the women continue to be in subordinate position. Though there has been paradigm shift in looking at women’s labour in larger economic framework, the societal issues have been largely untouched. The development policies though have made sporadic efforts to address some issues, especially in terms of providing some social protection measures to women workers, but these have failed to address the structural issues of discrimination faced by women to participate in work force.

The gender discrimination not only fuels sexual harassment but also impact overall development of society. The countries showing promising result in terms of happiness index have better result in terms gender parity index. These issues need to be discussed in the media along with responding to the cases being reported under #MeToo movement.

However, I see the benefits of #MeToo movement as a tool to shape the discourse of women’s rights. My generation or my earlier generation took 15 to 20 years to come out with their stories of harassment. But this gestation period is surely to be narrowed down for the next generation. #MeToo has also thrown a call to men folk to come out of their safe spaces and speak out loudly to support women’s rights and to make society livable, just and dignified for all.

(Panda is a women’s rights activist. Views are personal.)