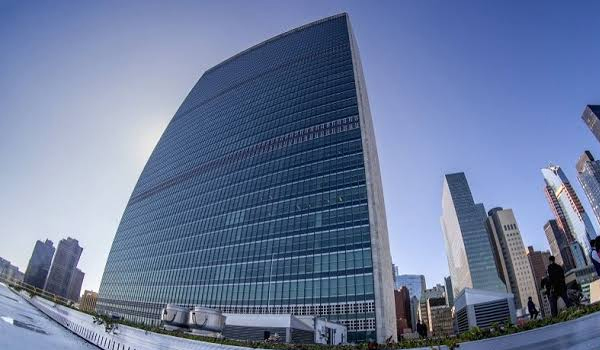 United Nations, Dec 27 : India’s strategy of soaring high to take on global issues paid it diplomatic dividends in 2019 with a recognition as a leader in combating climate change and a victory in the battle against terrorism.

It also received the unanimous endorsement of the Asia Pacific Group for election next year to a non-permanent seat on the Security Council starting in 2021.

Soaring high, India took a leading role in combating international terrorism, in the fight against climate change, in pressing for making peacekeeping operations more effective, and in international development efforts.

After nearly a decade of efforts, the Security Council’s sanctions panel in-charge of the Islamic terrorist groups declared in May Jaish-e-Mohammad (JeM) chief Masood Azhar an international terrorist after China under international pressure withdrew its protective mantle over the Pakistan-based terror mastermind.

Akbaruddin called it a “significant outcome” for India.

JeM is considered responsible for the Pulwama attack in February that killed 40 Indian security personnel in Kashmir, the Pathankot air force base attack in 2016 and the terrorist strike on Indian Parliament in 2001.

Pakistan’s two attempts to bring up the Kashmir issue at the Security Council with China’s help failed. The first in August led to an informal briefing that did not even produce a press statement from the Council’s President Joanna Wronecka because of opposition from most members.

The second attempt in December failed when China withdrew a request it had made for a consultation on Kashmir after it could not find any interest among other members.

Attempts by Pakistan to bring up the Kashmir issue at the General Assembly also failed to get traction. Of the 193 members, only Turkey, Malaysia and China picked up its call.

However, the restrictions on communications and the detentions of politicians and others in Kashmir after India revoked its special status evoked concern from Secretary-General Antonio Guterres and strong criticism from High Commissioner for Human Rights Michelle Bachelet.

Bachelet’s Spokesperson Rupert Colville said India should “unlock” the restrictions and “fully restore the rights that are currently being denied”.

He said that decisions on the future of the territory “have been taken without the consent, deliberation or active and informed participation of the affected population.”

But he also crticised the “armed groups” that were threatening Kashmiris and resorting to violence against them.

Modi was a star at the UN Climate Action Summit in September where presidents Donald Trump of the US, Xi Jinping of China and Vladmir Putin of Russia were no-shows leaving Modi as the only top leader on the stage.

“The time for talking is over. The world needs to act now,” Modi said and followed it up with a pledge to add 450 gigawatts of renewable energy to the 175 gigawatts planned till 2022.

He also announced the formation of a global coalition for disaster-resilient infrastructure with 33 countries for the development of infrastructure systems capable of withstanding climate and disaster.

Making a very tangible contribution to the war on climate change, he inaugurated the Gandhi Solar Park that was donated by India.

It is installed on the roof of the conference building at the UN headquarters at a cost of $1 million with an output of 50 kilowatts of electricity from 193 panels, each representing a UN member.

Trump, who was boycotting the summit, dropped in while Modi spoke.

As the nation that has contributed the most number of peacekeepers to UN operations, India pressed for reforms in how the deployments are mandated and how they are designed.

India co-hosted the High-Level Event on peacekeeping to promote this cause.

Akbaruddin said troop-contributing countries should be consistently involved in the decision-making process for the operations and made several suggestions for improving peacekeeping in a changing global situation.

Partnering with the United States, India held a peacekeeping training course for African countries and is planning to extend them to Central Asia and the ASEAN countries.

New Delhi funnels aid to various developing countries through the India-UN Development Partnership Fund and its Commonwealth Window, which has funded 36 projects in 37 partnering countries over the last two years.

Unlike many aid programmes, this Fund allows the recipient nations to set their own priorities for the development projects it finances.

On an issue of prime importance to India, Security Council reforms have failed to make any headway, caught in a time warp that has prevented the adoption of even a basic negotiating document to move it forward because of the obduracy of some countries.