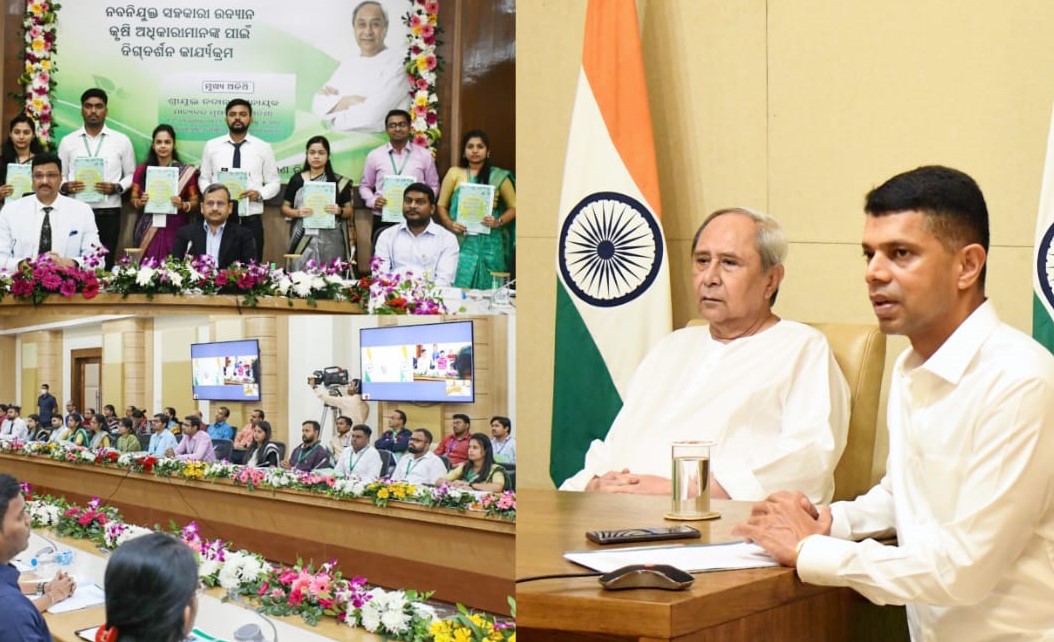 Bhubaneswar: As many as 34 Assistant Horticulture Officers today joined the state government in the agriculture & farmers’ empowerment department. 21 of them are women. An orientation programme was organized at state convention centre in the Lok Seva Bhawan.

Joining the programme on virtual platform, Chief Minister Shri Naveen Patnaik called upon the new officers to act like a connecting bridge between the people at last mile and the government.

Congratulating the officers, he said, “You have to come out of the comfort-zone, and even remain prepared to scale over the inaccessible hilly-terrains of tribal hamlets to interact with them and address the challenges people face in farming. As career horticulturists, your role in about next 30 years will be crucial for the development of horticulture sector in the state.”

Under the 5T initiative, he added, the officers are expected to discharge duty in time with teamwork and transparency envisioning the transformation through technology. The Mo Sarkar mandate requires them to think themselves as Sevaks of people. He expected them to prove to be the assets of our state by realizing the mission of our transformation in horticulture sector.

The CM further said that development of agriculture sector along with augmentation of farmers’ income is a top priority of my government. Within the overall domain of agricultural sector, Horticulture has a significant role in enhancing the income of farmers, he added.

Horticulture helps, he said, in enhancement of individual household income of farmers, and also plays an effective contributory role in addressing nutritional deficiency. Development of kitchen gardens in Anganwadi centres, schools and at backyards of farmers is an encouraging endeavour to address nutritional issues in state, he added.

He said that the state government has launched various missions such as Jackfruit Mission, Spices Mission, Floriculture Mission, Mushroom Mission and ‘Nutrition at Door Steps’ Mission to rejuvenate the momentum in horticulture sector.

Chief Secretary Shri Suresh Chandra Mohapatra said that the state govt has fast paced recruitment drives and every department is filling up vacant posts. He asked the officers to encourage farmers to diversify crops and shift to cash crops in horticulture.

Sharing their experiences in the recruitment process, the officers, Rutuparna Senapati, Sushmita Meher and Rabi Shankar Panda said that the process of recruitment was completely transparent and executed in a short span of time. They thanked the CM for the opportunity to serve people in their new capacity.