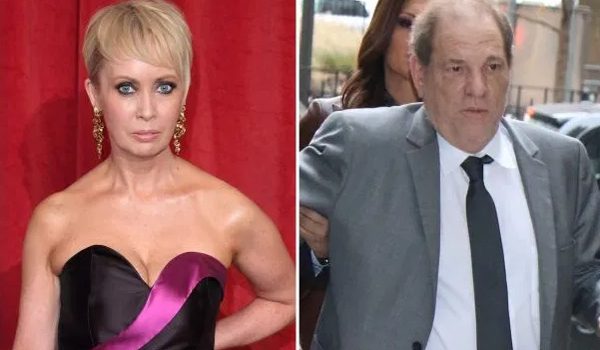 The 56-year-old, who stars in the soap “Hollyoaks”, spoke out against the disgraced movie mogul back in 2017, telling The Sunday Times newspaper she was attacked by Weinstein in London in the 1980s, reports aceshowbiz.com.

In her first TV interview about the incident on December 20, she said that he raped her on two occasions — first in her home here and then in a hotel during the Cannes Film Festival.

Anthony previously said that Weinstein “pushed me inside and rammed me up against the coat rack in my tiny hall and started fumbling at my gown” in her London basement flat after the former friends met up for lunch, and made a second accusation in a chat with Britain’s news channel.

Anthony recalled Weinstein came “waddling after me, pushing me into my little room… and raping me,” and said she did not report the reported rapes because she would have been “destroyed”.

The TV actress also feared not being believed and thought she might lose her husband if she came forward.

However, Anthony now wants to see her former “so-called friend”, who has been accused of sexual misconduct by over 70 women, found guilty of rape when he faces trial on multiple sexual assault charges on January 6, 2020.

“Money in a pot would be very nice but that’s not what this is at all. I want ‘rapist,’ I want ‘serial predatory rapist.’ Justice would look like ‘guilty’,” she said.

A spokesperson for Weinstein said “allegations are not certainties” and that he is entitled to due process and the presumption of innocence in his upcoming trial. He has denied all allegations of non-consensual sex and is pleading not guilty to all charges against him.