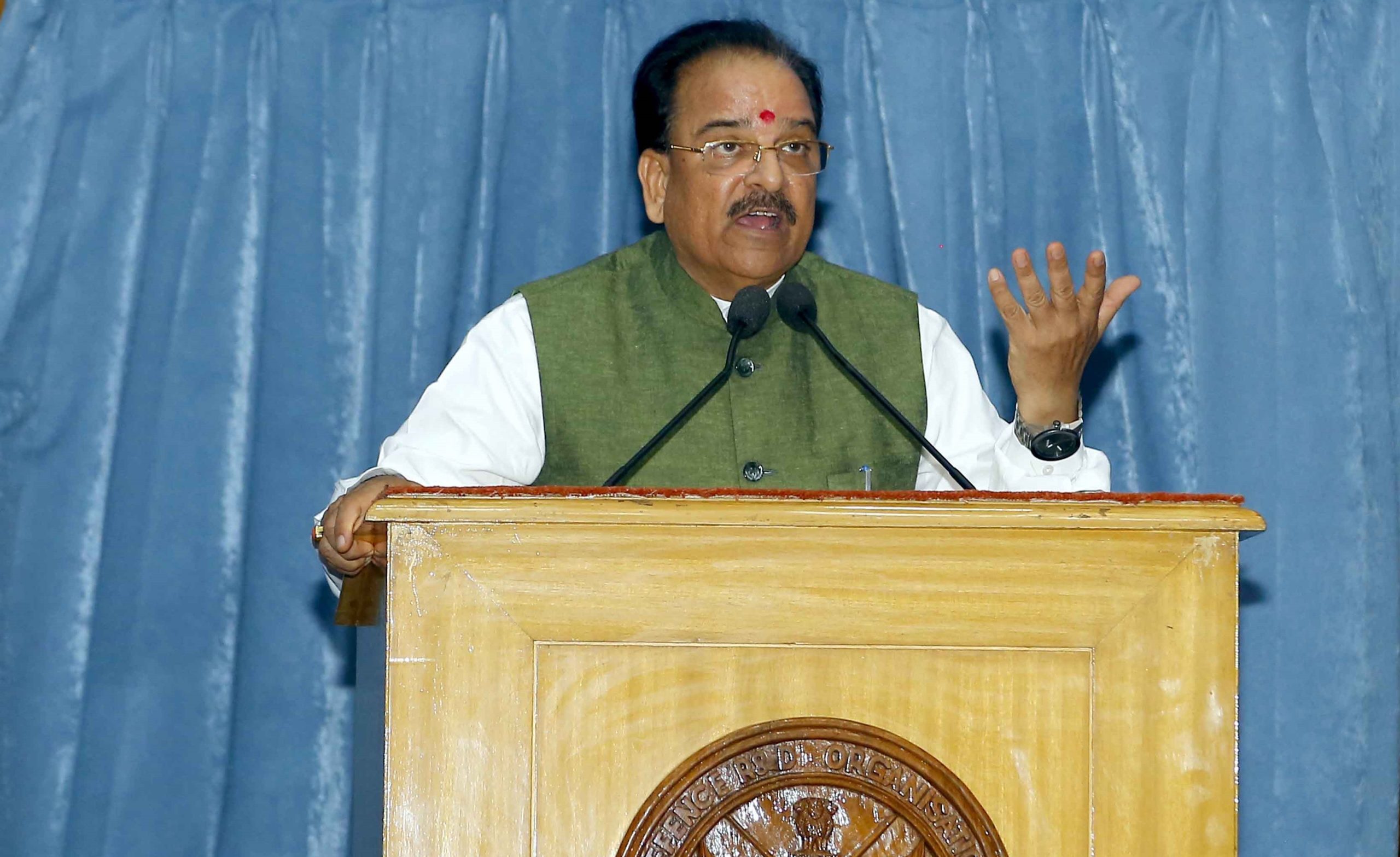 New Delhi: Raksha Rajya Mantri Shri Ajay Bhatt has called upon the scientific community to make advancements in technologies, such as Artificial Intelligence (AI), so that the Nation is prepared to deal with future threats. He was addressing the National Technology Day function organised by Defence Research and Development Organisation (DRDO) in New Delhi on May 11, 2022.

The Government is making all efforts to meet the defence requirements through domestic procurement, he said, exhorting all sectors of the defence ecosystem to work together to achieve excellence in cutting edge technologies.

The Raksha Rajya Mantri lauded the efforts of DRDO in establishing a self-reliant R&D ecosystem which provides the Armed Forces with state-of-the-art equipment, in line with the Prime Minister Shri Narendra Modi’s vision of ‘Aatmanirbhar Bharat’.

“DRDO has proved itself through design, development and production of highly-sophisticated weapon platforms/systems. It has enhanced the involvement of the private sector. Due to these efforts, India is now among the top 25 nations exporting defence equipment,” he said.

National Technology Day is observed on May 11 every year to commemorate the nuclear tests conducted in Pokhran in 1998. The theme this year is ‘Integrated Approach in Science and Technology for Sustainable Future’. Shri Ajay Bhatt said, the theme underlines the importance of all-round development of science and technology for the progress of a nation.

During the event, the Raksha Rajya Mantri distributed DRDO awards for the year of 2019 to the scientific fraternity for displaying outstanding acumen in realising the technological dreams of the Nation. The category of awards included awards for Life-Time Achievement, Technology leadership, Senior Scientists Awards, Academy Excellence, Techno-Managerial, Self-Reliance and Performance Awards.

In his address, Secretary Department of Defence R&D and Chairman DRDO Dr G Satheesh Reddy congratulated the scientists & technologists and appreciated their contribution towards building a self-reliant defence ecosystem. Secretary, Department of Space and Chairman, Space Commission Shri S Somanath; senior officials of Ministry of Defence and DRDO scientists were among those present on the occasion.