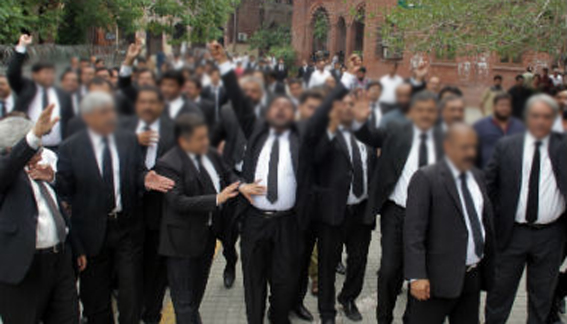 The Orissa High Court Bar Association lawyers have called off their strike, which is a relief to many. People, who were in the queue for over two and a half months, either waiting for justice or languishing in jails, awaiting bail, have somehow come to terms with a reality that issues of such inconsequential nature can cripple a major pillar of our democratic structure.

In this monotonous and over-stretched lawyers’ strike, what has emerged as a lesson for the government, the judiciary and, especially the police who chose to remain as mute spectators for over 75 days that such issues can often be resolved through some amount of sobriety rather than confrontation.

When the incident of assault took place, the issue was hot, emotive and deserved condemnation. But instead of sorting out the matter through conciliation, all the three stakeholders – the government, police and even striking lawyers – took a confrontational recourse. The lawyers thought, may be rightly, that the police top echelons would inflict more stringent punishment on the three police personnel accused of beating a lawyer for an instant appeasement of the aggrieved or agitated lawyers.

Similarly, the government preferred to stay put in its realm of complacency and hoped that the agitators would peter out in course of time. The police, on the other hand, was somewhat in a similar kind of inertia hoping the strikers to get weighed down by idleness. It was at last the court that could inject wisdom into the police to resort to the best recourse – being polite and regret for what was done on that day.