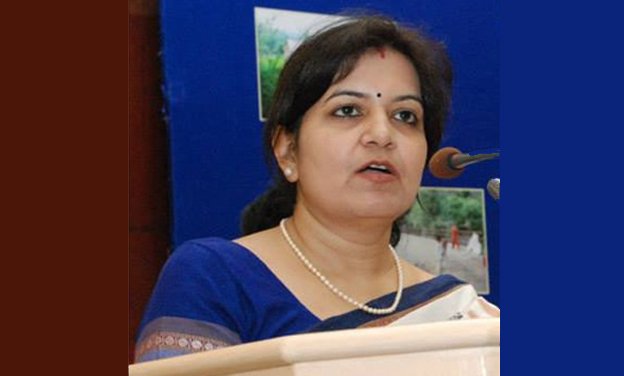 Politics in Odisha today presents an interesting mix of prospects and
predicaments. It can be variously called entertaining for a few and irritating for others.

The players are the recently expelled BJD leader Damodar Rout, senior
Congress leader Srikant Jena, both suffering from a kind of self-imposed
isolation, and the last but not the least the newly enrolled Aparajita Sarangi,
an erstwhile bureaucrat riding high on the crest of an invisible godfather’s
blessings, to the Bharatiya Janata Party.

Is she a template to lead Odisha BJP!

While Sarangi has her own reasons behind her astonishing influence, as was evident from a recently circulated  video through the social media, on the BJP cadre here, what is the new mandate uniquely given to her to don the garb of a preacher for discipline, no body knows.

Be that as it may, but what is very explicit that this former government
officer has not been able to wriggle out of the bureaucratic aura as was
evident from her address to some BJP cadre. Obviously, she is here in the BJP to reconstruct the intellectual and ideological guidelines. “Abide by that
or get lost”  was what could be briefly summarised from the contents
of her speech.

Factionalism within the party is common everywhere and she overtly enacted the role of the ‘Big Brother’ to say that within the party there is only one rule and that is absolute obedience not only in deed but thought also. The tenor of her language was completely alien to the nuance of politics and that too from someone who recently made the entry and wants subservience only.

It was literally a diktat and may have amazed few senior leaders here who
must not have dared adopting such unclassified tone that sounded like an
adolescent arrogance unusual in politics. “Maybe she has not been able to
recover from her bureaucratic mindset so far, which does not go well in
politics,” said a senior leader from the BJP.

On a question whether she has been tipped for the big role in Odisha, the
leader looked in askance and told nothing.

On the other hand, both Rout and Jena more or less sail in rocking boats.
Both have brought on them this fate for a common characteristic – verbal diarrhoea made more potent by a mix of ambition.

Rout did not stop at any point after being expelled and kept on spilling
venom against his erstwhile boss and Odisha chief minister Naveen Patnaik, and almost threatened to out-seat him through a series of expose and send him packing from Odisha!

But on the contrary, neither his threats subsequently had any barb nor did
his much touted new political party take off. Like a downbeat trader he keeps waiting for the customers but nobody has turned up. Virtually, he is the only member of his new political outfit whose banner is still not clear owing to differences over the name. In a nutshell, his tirades at the dispensation lost the edge and his residual credibility has got exposed to the contagion of disbelief.
Jena is no different than what he was two decades back. Over-ambitious and caring for no limits regardless of the consequences, he was in a sabre-rattling mood on Odisha Congress president Niranjan Patnaik from the day one. It was like snatching a win from the jaws of defeat and he failed again and again, which ultimately exposed his lack of political acumen commensurate to his seniority. One thing is clear that both the above leaders have started languishing in isolation and none of them proved to be tactical genius both in timing and decisions.