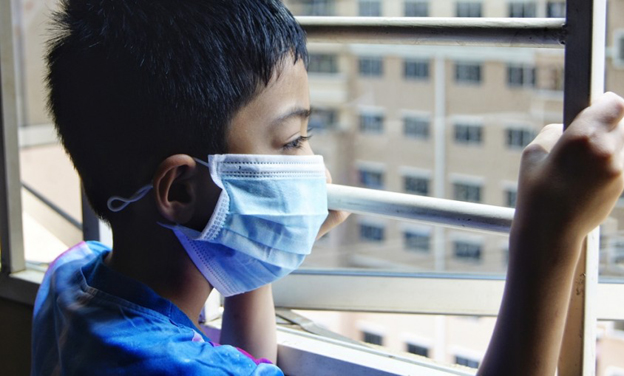 Poor indoor air quality is one of the biggest triggers behind the ever increasing cases of respiratory disorders and allergies.

Delivering a lecture themed “Recent Applications of Biotechnology and Biomedical Engineering in improving the Air Quality and Medicine” at the Science City in Kolkata on Wednesday, Dr. Nabarun Ghosh, Professor of Biology and Advisor for Biology Education at the West Texas University in US, said, “On average we spend over 85 per cent of our time indoors, therefore indoor air quality is essential for good health and for preventing the spread of disease.”

He said 56 per cent of our energy comes from the air we breathe which is more than food and water combined, which clearly signifies the quality of air on our health.
Stressing on the application of biotechnology in improving the air quality, he cited an example of how a Nanotechnology research product could be used for the improvement of the indoor air quality.

“Aerosols, including Particulate Matter 2.5, are the culprits of many allergic reactions and respiratory syndromes,”said Dr Ghosh.

He said particulate matter (PM) 2.5 is present in heavily polluted areas such as southern Californian cities, New Delhi, China and New York.”Based on studies from clinics and hospital admissions, PM2.5 has been positively correlated with increased cases of allergic rhinitis, asthma, bronchitis, allergic pharyngitis and many others,”he stated.

He said Particulate Matters, which are composed of metals and produced from fuel combustion, are only 2.5 micrometres in diametre, and often not visible to the human eye, is inhaled and causes irritation to the lungs.

“Many big cities in the world contain PM2.5 concentrations much higher than the permissible limit described by the National Ambient Air Quality Standards (NAAQS),”he pointed out.

Earlier during the session, director-in-charge of Science City, K.S. Murali said Science City has been engaged in communicating science to the people and developing scientific temper in the society,

Murali said the lecture was organised to spread awareness about role of biotechnology and biomedical engineering in improving the air quality and medicine.

He said the topic was relevant as it could have a wide implication on the lives of people. “In Kolkata also, we are facing problems due to air pollution,” he said, and added,” Dr. Ghosh is one of the well-known experts in the field with more than 30 years of research experience. I hope this lecture will be useful for the students, teachers and public present here.”

Since June 26 is Anti-Drug Abuse Day, Dr Ghosh during the course of his lecture also discussed the perils of smoking and current status of smoking, including the molecular basis of drug addiction.

After the lecture students interacted with Dr. Ghosh and got replies to their queries. Director of Science City Subhabrata Chaudhuri said Science City has been planning to arrange lectures of noted scientists and organising other engaging programmes throughout the year for the benefit of general public and students. (UNI)