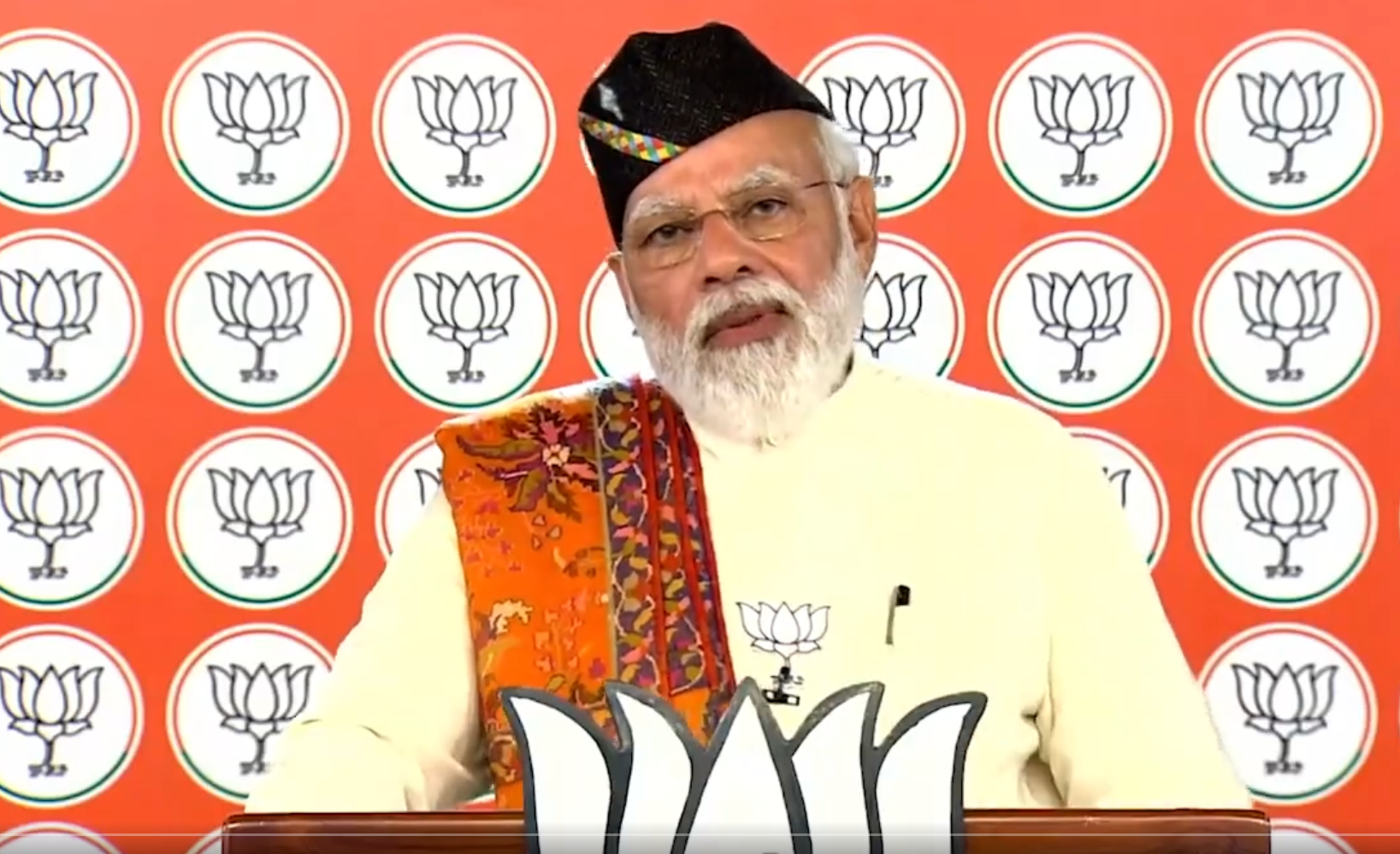 New Delhi: Ahead of the upcoming Assembly elections in Uttarakhand on 14 February, Prime Minister Narendra Modi, today addressed the people of Dehradun and Haridwar through his virtual Vijay Sankalp Sabha. The Prime Minister called the Late. C.D.S. General Bipin Rawat the pride of the state and said that he bows down to all those Bravehearts who took motivation from the land of Uttarakhand to lay down their lives for the nation.

Addressing the gathering, Modi said that in this year’s budget, the Government has announced Parvatmala Yojana which would act as a harbinger of an era of development in the state, and in near future, the state would witness an uptick in tourism and employment opportunities in the state.

Listing the achievements of the double engine government, Modi said that the 12,000 crore rupees Chardham Project is underway while Rishikesh Railway Station had been upgraded and 1.5 thousand crore rupees have been sanctioned for Ring Road in Haridwar. He said that the reconstruction work in Kedarnath was completed quickly and that the morale of the devotees has increased because of the new magnificence of the Dham.

Modi said that due to the development of waterways in the country, the whole Ganga belt including Haridwar is being benefitted. He said that after coming to power, they started the Namami Gange Abhiyan, the results of which are starting to show for all to see.

Targeting the Opposition, the Prime Minister said that, had the earlier Governments worked for the development of Chardham, the portals of tourism and development in Uttarakhand would have opened much earlier and migration would not have been an issue today. He accused the Congress leaders of playing politics of appeasement and said that voters of the state will see through the designs of the opposition.

He appealed to the voters of Uttarakhand to think about both the past and the future of the state when voting on 14 February.