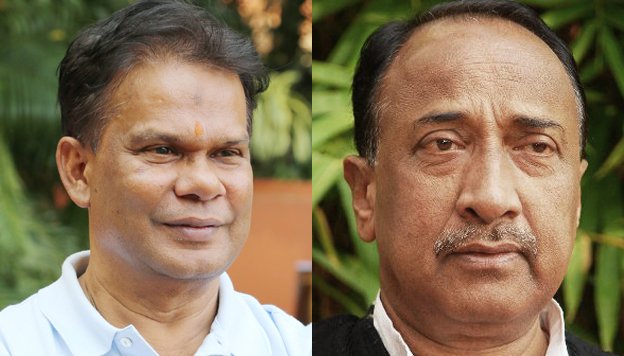 The protracted brawl between the Bharatiya Janata Party (BJP) and the disgruntled duo Bijay Mohapatra and Dillip Ray has at last reached the point of culmination.

Both have left the saffron camp on grounds of grouses relevant to both of them, politically, taking a step forward towards a buccaneering future because, they do not know, so far, where are they heading for and what is in store for them. Both have maintained a studied silence after resigning till the time of making this report.

The BJP leadership in Odisha, on the other side, has somehow shown an unprovoked anger at the duo, dubbing their exit immaterial and a BJP spokesman was seen, at a press meet on Friday, trying to pooh pooh the importance of both and accused them for a kind of inner contradiction created by themselves by over-stepping their limits and suffered isolation.

What is interesting is that the BJP’s reaction to the resignations was virtually unprovoked. If the BJP leadership thinks that the duo’s exit will have least bearing on the party then, the BJP state leadership could have done well to underplay the exits by not reacting at all.

Not to be economical with the truth, the BJP in Odisha knows that the two leaders hail from two extreme ends of the state. Mohapatra is a leader capable of stoking a buzz in a pre-poll phase in the coastal districts in favour of the BJD, which has become all the more necessary for the BJD now, mainly after Baijayant Panda and Damodar Rout were shown the door by the ruling party. Even, in hindsight, both Ray and Mohapatra were of no consequence in the BJP as especially the latter had no chance at all to catapult him to be the face of BJP in the state, dwarfing the obvious – Union minister Dharmendra Pradhan who is backed by Delhi.

Naveen should swallow the lump

But what the last 18 years have shown is that the BJD politics has remained confined to one man, Naveen Patnaik, who as a regional satrap in his approach to national politics still appears relevant. But such a notional arrogance in 2019 may be tantamount to complacency and who knows it better than the chief minister after the BJP gained considerable ground in 2017 rural polls.

That way, if at all Mohapatra, is admitted back in the BJD, he can prove to be useful provided he holds back his horses of ambition and keep the past in disguise. Patnaik must not have forgotten how, during the sittings on ticket distribution in 2000, Mohapatra dared to grid up loins for dominance and faced the boot. Years of wilderness must have taught him to be cautious about the terror of undue hierarchy.

When contacted to know about his joining the BJD, Bijay Mohapatra was stoic and reserved in his comments, although not purely non-committal. His silence even spoke a few words that how, in 2000, he had won a battle but lost the war by mistake.