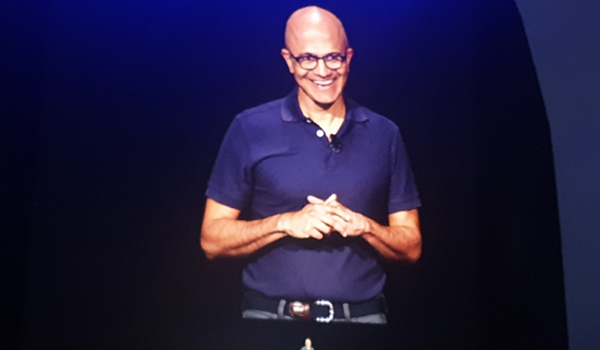 New Delhi, Jan 14: Microsoft CEO Satya Nadella has joined the debate on the Citizenship Amendment Act (CAA), saying whatever is happening in India on this new legislation is just bad.

Talking to editors in Manhattan on Monday, Nadella who hails from Hyderabad and became the Microsoft CEO in 2014, said he would like immigrants to come and set up startups in India.

“I think what is happening is sad…It’s just bad…I would love to see a Bangladeshi immigrant who comes to India and creates the next unicorn in India or become the next CEO of Infosys,” tweeted Ben Smith, editor-in-chief of buzzfeednews.com, who asked Microsoft CEO about the CAA at the meeting.

Later, Microsoft India issued a statement on behalf of Nadella.

“Every country will and should define its borders, protect national security and set immigration policy accordingly. And in democracies, that is something that the people and their governments will debate and define within those bounds,” said the India-born CEO.

“I’m shaped by my Indian heritage, growing up in a multicultural India and my immigrant experience in the United States. My hope is for an India where an immigrant can aspire to find a prosperous start-up or lead a multinational corporation benefitting Indian society and the economy at large,” Nadella added.

The CAA seeks to provide Indian nationality to Hindus, Christians, Sikhs, Parsis, Jains and Buddhists fleeing persecution in Pakistan, Afghanistan and Bangladesh on or before December 31, 2014.

As per the Act, such communities will not be treated as illegal immigrants and will be given Indian citizenship.

The legislation, which has come into force from January 10, has led to intense protests across the country since December when the legislation was passed by Parliament, with students coming out on the streets in thousands in almost all the states. Civil society members, opposition parties and commoners have also joined the protests.