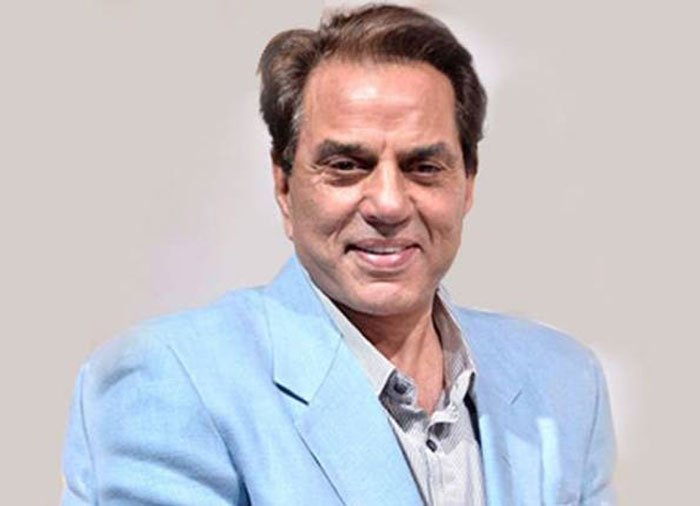 He was a macho man like none other. Handsome and well-built, Dharmendra is one of the biggest stars the Indian screen has ever seen.

He was the first ‘He Man’ in the era of romantic heroes. He created his own space when greats like Dilip Kumar, Raj Kapoor, Dev Anand ruled the film industry.

With the passage of time, his fan base grew and he proved to be the most bankable star of his time. He also played one of the longest innings as a leading man in Hindi films.

When a cyclone called Rajesh Khanna swept away the top triumvirate besides other saleable stars like Sammi Kapoor, Rajendra Kumar and Sunil Dutt in the early 1970s, Dharmendra stood his ground delivering 16 consecutive hits in a row, a majority of them with Hema Malini.

When Khanna’s superstardom was over within the next two years, the He Man still ruled at the top. When Amitabh Bachchan replaced Khanna, he was still at the top.

It has been widely reported how Dharmendra helped Amitabh Bachchan get his career defining role of ‘Jai’ to complement his ‘Viru’ in iconic Sholay.

Dharmendra mostly set the box office on fire with his action movies. But he also showed rare sensitivity in films like Satyakam. And his comic timing was probably the best in the industry. Who can forget ‘Professor Parimal’ in Chupke Chupke and, of course Viru in Sholay?

But many critics think Dharmendra never got the respect he deserved as an actor. He was nominated for the best actor award several times but never got the ‘Black Lady’, though she relented after he was given the Filmfare Award for lifetime achievement.

But fans never let the actor, who was rated among the most handsome men of his time in the world, down. And he has not failed his fans either. Even at the age of 83, he is doing films and his unbridled energy is visible on the screen.

What makes Dharmendra tick? Those who know him say that it is his simplicity and compassion for others that keeps him going. “He is a simpleton, warm, unassuming and self-effacing, almost as if he does not know his own worth,” actor and producer Sanjay Khan, who starred with the superstar in Haqeeqat in the 1960s, has been quoted as saying in his biography, Dharmendra: Not Just A He-Man.