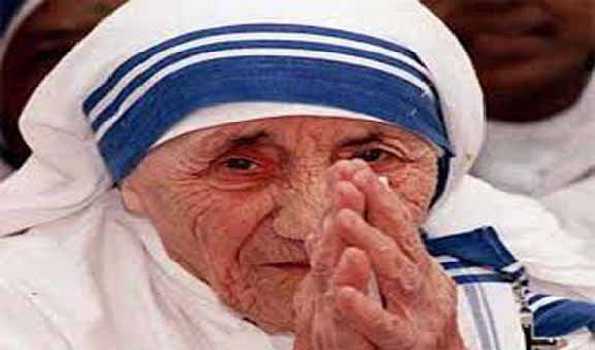 Strolled down the  memory lane to remember the canonization ceremony of Mother Teresa on this day in 2016 at Vatican City gets before us the crystallization of an era that taught us to see the pain of suffering mass in the world around us.

On this day in 2016, Mother Teresa was officially declared St. Teresa of Calcutta by the Vatican. Her contribution can never be described in volumes of articles nor can it be easy to ignore the sagacity of that great lady who could make the brilliant merger of pain and smile with a stoke of her hands and a smile on her face that was divinely kind.

On October 7, 1950, Mother Teresa received permission from the Holy See to start her own order, “The Missionaries of Charity”, whose primary task was to love and care for those persons nobody was prepared to look after.

In 1965 the Society became an International Religious Family by a decree of Pope Paul VI. Today the order comprises Active and Contemplative branches of Sisters and Brothers in many countries.

They provide effective help to the poorest of the poor in a number of countries in Asia, Africa, and Latin America, and they undertake relief work in the wake of natural catastrophes such as floods, epidemics, and famine, and for refugees.

The order also has houses in North America, Europe and Australia, where they take care of the shut-ins, alcoholics, homeless, and AIDS sufferers. The Missionaries of Charity throughout the world are aided and assisted by Co-Workers who became an official International Association on March 29, 1969. By the 1990s there were over one million Co-Workers in more than 40 countries.