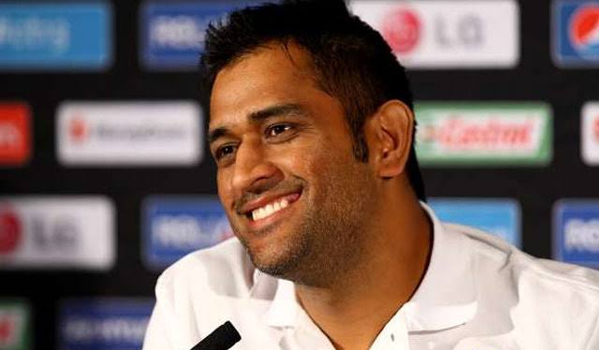 New Delhi, Dec 30 (IANS) Over the past decade, if there is one man in Indian cricket who has turned a bunch of talented youngsters into winners, it has to be Mahendra Singh Dhoni. People might argue that current skipper Virat Kohli has taken the Indian team to new heights of glory in all the three formats, but if one goes back to the start of 2010, it comes to the fore how Dhoni sowed the seeds of which Kohli is now reaping the rewards.

Dhoni took over as captain of Team India when it was in dire need of a young, enthusiastic leader. After their horrendous outing at the 2007 World Cup in the West Indies, what the Men in Blue needed was infusion of fresh blood and that started what would over the next 12 years go on to be called the Dhoni era.

The wicketkeeper-batsman immediately showed his leadership skills as he led the young Indian brigade — against all odds — to the World T20 title in its maiden edition. There was no looking back from there on as he performed exceptionally well, both with the bat and behind the wickets, before being eventually handed the captain’s baton in all the three formats.

In the 2011 World Cup which was played in the sub-continent, the Dhoni-led unit was seen as “favorites” and boy, they played like one.

“Dhoni finishes off in style. A magnificent strike into the crowd! India lift the World Cup after 28 years!” this line from Ravi Shastri after Dhoni hit the winning six off Sri Lanka pacer Nuwan Kulasekara in the final of the 2011 World Cup still reverberates in the ears of millions of Indians.

With that six, Dhoni had fulfilled the long-cherished dreams of Tendulkar, who had all the batting records to his name but the World Cup trophy was missing from his cabinet.

The ‘Master Blaster’ had once said that Dhoni is probably the best captain he had played with. And this sentence from Tendulkar speaks volume of how much Dhoni has contributed not just to the Indian team, but to the sport as a whole. It was under Dhoni that India reached the historic No. 1 Test ranking in December 2009, a position they held for 18 months.

In 2013, the wicketkeeper-batsman led India to the Champions Trophy, thus making Dhoni the first and only captain in international cricket to win all the ICC trophies. It was a phase when Indian cricket boomed in all aspects. In November 2013, he became the second Indian batsman after Tendulkar to aggregate 1,000 or more ODI-runs against Australia.

After 2011, India suffered several setbacks away from home under his captaincy as they lost 13 of the 22 Tests they played on foreign soil, winning only two, thus inviting a lot of criticism. During the 2014 tour of Australia, Dhoni — after leading India in 60 Tests with 27 wins — announced his retirement from Test cricket, mid-way into the series. Dhoni, the often explosive middle-order batsman, had made 4,876 runs in 90 Tests at 38.09. He held 256 catches and affected 38 stumpings in red-ball cricket.

Come 2015, India went to Australia to defend their title in the World Cup. Showing early signs of form, India failed to perform in the business end of the tournament as they lost to eventual champions Australia in the semi-final. Dhoni stepped down as captain of India in the limited-over formats in January 2017, just ahead of the ODI series at home against England and passed on the baton to Kohli.

In August that year, he became the first wicket-keeper to affect 100 stumpings surpassing Kumar Sangakkara. He also reached the milestone of effecting 400 dismissals in ODIs in February 2018.

In April this year, he was named in India’s squad for the 2019 World Cup where he played his 350th ODI in the semi-final against New Zealand where the Men in Blue suffered a heart-wrenching exit.

During the last few years, while he faced a lot of criticism for his batting approach, skipper Kohli always stood like a rock beside him. His importance in the Indian set-up has been time and again highlighted by many, including the likes of Kohli, who thinks that no one has contributed more to Indian cricket than Dhoni.

During these last 10 years, the former India captain affected 242 dismissals in 196 matches that included 170 catches and 72 stumpings, the most by any ‘keeper in ODIs. He also recorded the most number of not outs, with 49, scoring 2366 runs in those unbeaten knocks.

The dasher from Ranchi, who made his debut against Bangladesh under Sourav Ganguly’s captaincy in 2004, has turned up for the country till now in 350 ODIs, 90 Tests and 98 T20Is while affecting a staggering 829 dismissals behind the stumps.

Ever since the culmination of the World Cup, Dhoni has not returned to the cricket field and has kept the cricketing world guessing about his future plans. The 38-year-old has stated that people should not ask him about his cricketing future till January.

While the decision to bid adieu to the game rests entirely with Dhoni, his fans would really like him to play for India in next year’s World T20 and help Virat Kohli lift the trophy.