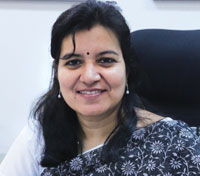 For a fortnight or so, a notional conjecture was tossed up in the political circle that former Odisha cadre Indian Administrative Service (IAS) officer Aparajita Sarangi, who just took the voluntary retirement from service, may join politics. Although she has not made any direct comment on it or aired any acquiescence so far, yet political parties have suddenly turned political philosophizers, shooting her to the orbit as if they never ever noticed such a person anywhere else.

A section of the media also works overtime eulogizing Sarangi’s diligence, as if  she was doing a charity by being sincere to her job when she was in service. She was, no doubt,  a good officer but not without the deviations all of us are susceptible to. As a municipality commissioner she shall be remembered for pitching the good idea of vending zones but the animals’ replicas she had tried to showcase proved so short-lived a buzz.  Moreover, to be honest as an officer cannot be viewed as a virtue because all are paid to be honest.

All that apart, what is amusing that the political parties, mainly a BJP spokesman, speak a language as if they are all so starved of people with probity and which generates a longing among them for some one to fill up the void. In any profession, be it politics or bureaucracy, the lines are drawn where diligence rather than elegance or arrogance, is an essential condition for service to people.

Many such former officers have come to Indian politics irrespective of the political affiliations and they have remained as one in the milieu so far, leaving hardly any scope for any extra excellence to emerge.

Nobody can float above the contagions the politics of today is plagued with. So, to foresee that Sarangi would come with a new aura in Odisha politics, as professed by a section of media, can be seen as mere glib talks. The BJD or BJP, the battle lines are drawn there and no one can surpass the lines. To suggest that she may create a flutter within the BJP, if she joins the party, is a pipe-dream. The BJP’s central leadership can never risk to raise the hackles within the state leaders. Sources within the BJP say with a weary disgust that they work hard to snatch a victory from the BJD for which they may not brook impositions of this type that the media plays up.