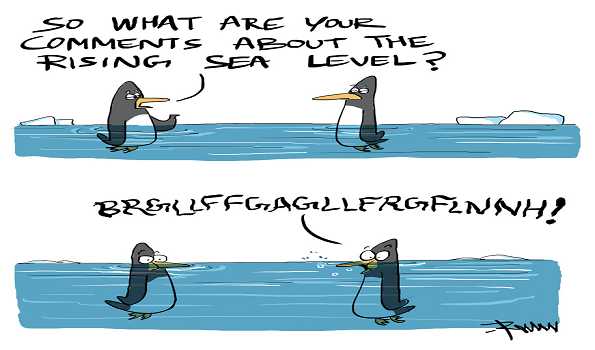 ‘The only way to survive is to have a sense of humour’ — a quote which reminds us that amidst our constant battle of choosing a right, left or centre side, humour has dwindled away from our lives in the current times.

As New York Times dramatically announced to do away with the political cartoons in its international edition, we came across a budding cartoonist and illustrator closer at home–Rohan Chakravarty, who draws on ‘Green’ issues rather than the everyday political issues by the means of ‘Humour’.

Rohan Chakravarty gave up a career in dentistry to persuade his love for drawing cartoons, which eventually led to the creation of ‘Green Humour’—a series of cartoons, comics and illustrations that celebrates wildlife and nature conservation, environment, sustainability and all things green.

It is probably the largest collection of cartoons that celebrate nature and its bounties on a ritualistic basis over the web. “It didn’t happen overnight. I started out with drawing on politics and Bollywood. However, it was only after I took up wildlife that I found a purpose and sense of motivation to stick to cartooning,” he states adding that lack of humour on a foundational subject as this further encouraged him to illustrate every issue with a tinge of humour and sarcasm. “The title ‘Green Humour’ was suggested by my brother, ” he fills in.

From the 16-year-old Swedish environmentalist Thunberg thrashing US President Trump, Prime Minister Modi and Brazil President Jair Bolsonaro three environmental offenders of all time to a sparrow, who is in danger of extinction, scolding a man for inducing climate change to the recently discovered proud Arunachal Pit Viper in an interview with a Bugun Liocichla, Green Humour covers almost every facet of the green world.

To the dismay of millions of cricket fans, Chakravarty did not even spare ICC Cricket World Cup as it underlined the environmental cost of international tournaments via the wastage of willow trees for bats, never to be re-used jerseys, 80,000 w led lightning and 3,000 l of water to irrigate a single ground every day.

Although, every single post in here would add something ‘awe-inspiringly’ new to one’s knowledge, yet Chakravarty steers clear of labelling them anything but educational. “It’s not really for educational purpose. I only wish to extend a friendly hand from wildlife to a layman because there is a lot of jargon around natural world and ecology. The scientific articles are often loaded with technical terms that hinders a reader’s understanding. Cartoons, on the other hand, break that mechanical information down, making it easier to comprehend, learn and retain.”

Having debuted on the international comics platform ‘Gocomics’ in 2013, Green Humour became the first series of cartoons and comic strips from India to be distributed internationally. Besides, it has also been used for several conservation campaigns and publications by organisations such as WWF, The Wildlife Trust of India, the Nature Conservation Foundation, The Humane Society International, Birdlife International and Save our Seas Foundation amongst others.

This series is no longer limited to the realms of internet only. Rohan, who recently launched his first book titled ‘Bird Business’ tells us that the response to Green Humour has largely been positive. Till now the platform has collaborated with wildlife enthusiasts, science community and government bodies like state forest departments and NGOs in both India and abroad to spread the word on the importance of a healthy environment and how to get there. Most of these programmes are carried out at museums, interpretation centres and national parks that also target the locals, especially tribes.

The tribal communities, too, play a crucial role in environment conservation for no one can look after the forest and environment better than those whose survival and identity depend on it. “In fact, works that represents their community gives them a sense of pride and ownership on the resources that their land offers, which has started yielding results,” shares the young illustrator.

However, the reports now suggests that the time for moving at a ‘slow n steady’ pace has passed away, if immediate actions are not undertaken then the Earthlings will be staring into a bleak future. Closer at home, there has been a recorded decline in monsoon rainfall levels since 1950. And it is suspected that two degree celsius rise in world’s temperature will make India’s monsoon even more unpredictable.

These studies would coerce anyone into pointing at government, but Mr Chakravarty begs to differ, “A lot has been happening for decades, which is likely to go on for decades because government only tries to achieve the short-term goals as they are bound by a certain time period to prove themselves, so it is up to us —the voters to find out the candidate with the strongest environment portfolio, irrespective of the political party.” He believes that the masses can change the approach of the government towards conservation for the best.

“I feel that there should be an emergence of ‘Green Party’ in India,” Rohan signs off. (UNI)