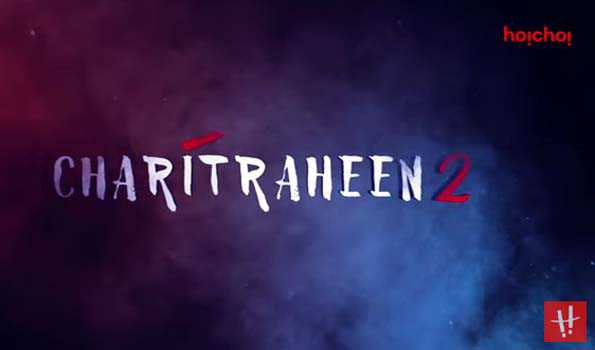 ‘Charitraheen 2’ continues from where it ended off in the first season. The spin-off strengthens with the presentation of new characters. Kiranmoyee played by Naina Ganguly gets indicted for the murder of her better half Haran played by Gourab Chatterjee and is detained. ‘Charitraheen 2’ starts a couple of years after she gets her sentence.

Kiran is now out of the jail and seen in a restorative home where she met Dr Abhay Mukherjee played by Sourav Chakraborty. Similarly, as she longs for having another existence with her recently procured expertise, staff from the remedial home turns into the new obstruction in her way. He compels her into a sex racket that he keeps running with the assistance of Kiran’s detainees in the home.

Be that as it may, Abhay by and by acts the rescuer and took Kiran to his home as a medical caretaker for Satish played by Saurav Das. Saayoni Ghosh, Sweta Bhattacharya and Mumtaz Sorcar also played vital characters.In acting part, Nayana is very good so as Sourav Chakraborty but the season should be accused of a bit of overacting by the cast. Uses of lights sometimes irritate a lot. Background score by Binit Ranjan Maitra often touches the high note that somehow effects the significance of the scenes.But, is really ‘Charitraheen 2’ carries the success batton of Season 1?

Except for the title, there is nothing borrowed from Saratchandra Chattopadhyay. It’s a Debaloy Bhattacharya venture. Indranath Marick does a commendable job with the camera as he shot some intense scene with mastery and Rabi Ranjan Maitra edited the season very well. But, the screenplay by Kallol Lahiri and Debaloy Bhattacharya could have been better with respect to the context.Adultery, sexual perversion is repeatedly using in web platform as lead ammunition to capture the audience.

But somehow in this content-driven time when directors like Srijit Mukherji, Kaushik Ganguly, Indrasis Acharya, Ranjan Ghosh or Dhrubo Banerjee are working with fabulous narratives then people are expecting better original content in these web platforms. Unfortunately, the Bengali web arena is still running short of proper originality. Some for nothing use of abusive languages and sex scene were not so important for the narrative of the season; Otherwise ‘Charitraheen 2’, streaming exclusively on hoichoi is definitely a good watch.