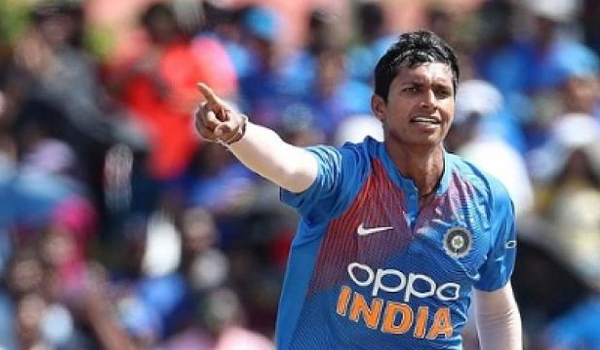 Cuttack, Dec 19 (IANS) Right-arm pacer Deepak Chahar has been ruled out of the third and final ODI against the West Indies due to a lower back injury. Navdeep Saini has been named as his replacement and will join the squad for the decider to be played on Sunday.

In a media release, BCCI stated that Deepak felt mild pain in his lower back following the second ODI played in Vizag on Wednesday which India won comprehensively. “The BCCI medical team examined him and has suggested that the fast bowler needs some rest in order to fully recover. He has thus been ruled out of the final ODI,” the statement read.

Deepak went wicket-less in Visakhapatnam, giving away 44 runs in his seven overs. He had also dropped a catch of Nicholas Pooran, who along with Shimron Hetmyer at one stage, threatened to take the game away from India.

Navdeep has so far represented India in five T20Is, in which he has scalped 6 wickets. With India having just two frontline seamers in Mohammed Shami and Shardul Thakur, Navdeep could make his ODI debut in the decider.