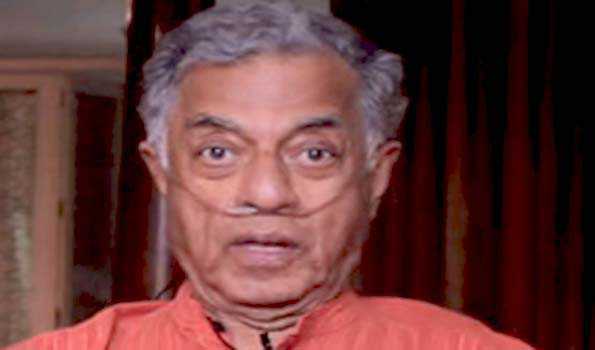 Doctors said that Karnad who was being treated for prolonged illness died due to multiple organ failure. He is survived by his wife Saraswathi Karnad, son and journalist Raghu Karnad, who is chief of bureau of The Wire, and daughter Radha Karnad, a doctor based in Kenya.

Karnad was a big name in both theatre and film circles.

The Karnataka government declared holiday on Monday and a three-day mourning in Karnad’s honour. Condolences across India also followed the news of the death of the legend who wore many hats.

“May you rest in peace Girish Karnad sir. Your talent humour and sharp intellect will be missed,” actress Shruti Hasan tweeted.

Noted film director Madhur Bhandarkar said on Twitter: “Deeply saddened by the news of demise of Girsh Karnad ji. He will be remembered for his work as a Theatre personality, film actor, and director. My deepest condolences to his family, friends & fans.”

Renowned novelist Amish Tripathy (of Shiva trilogy fame) tweeted: “Sincere condolences to Girish Karnad ji’s family. He was a genius who thoroughly deserved the accolades he received, including the Jnanpith award. I will always remember his brilliant acting in one of my favourite serials of all time – Malgudi Days.”

Odisha chief minister Naveen Patnaik was among those who offered condolences on Twitter. “Saddened to learn about passing away of iconic actor, littrateur, playwright, Padma Sri Girish Karnad. He will be missed in the world of literature and cinema. May his soul rest in peace,” Patnaik tweeted.

Born in 1938 in Matheran in Maharashtra, Karnad had his elementary education in Uttarakannada and Dharwad districts in Karnataka.

Karnad rose to prominence first as a playwright. Counted among the most famous modern Indian playwrights, he was equally adept in Kannada and English. His notable Kannada works include Yayati (1961), Tughlaq (1964), Hayavadana (1972) and Nagamandala (1988). Tughlaq, his best loved play, was translated in various languages including English and established Karnad as one of the best playwrights of the country.

He last appeared in Kannada film Neenillada Male in 2018.

Karnad served as director of Film and Television Institute of India (FTII) and chairman of Sangeet Natak Akademi. He was also a visiting professor to University of Chicago.

Recognising his immense contribution to the literary, theatre and cinema world, the Indian government first conferred on him Padma Shri in 1974 and then Padma Bhushan in 1992. He also received the Jnanpith Award, India’s most prestigious literary prize in 1999.

Karnad was also a well known public intellectual who supported democratic causes. He was among the first to condemn journalist Gauri Lankesh’s murder by right wing extremists and appeared in a public meeting wearing a placard ‘Me Too Urban Naxal’ despite his failing health. Later a special investigation team probing Lankesh’s murder found a ‘hit list’ of 33 people that included Lankesh as well as Karnard.

Karnad was one of the 200 writers who appealed people before the Lok Sabha elections to vote against communal politics.