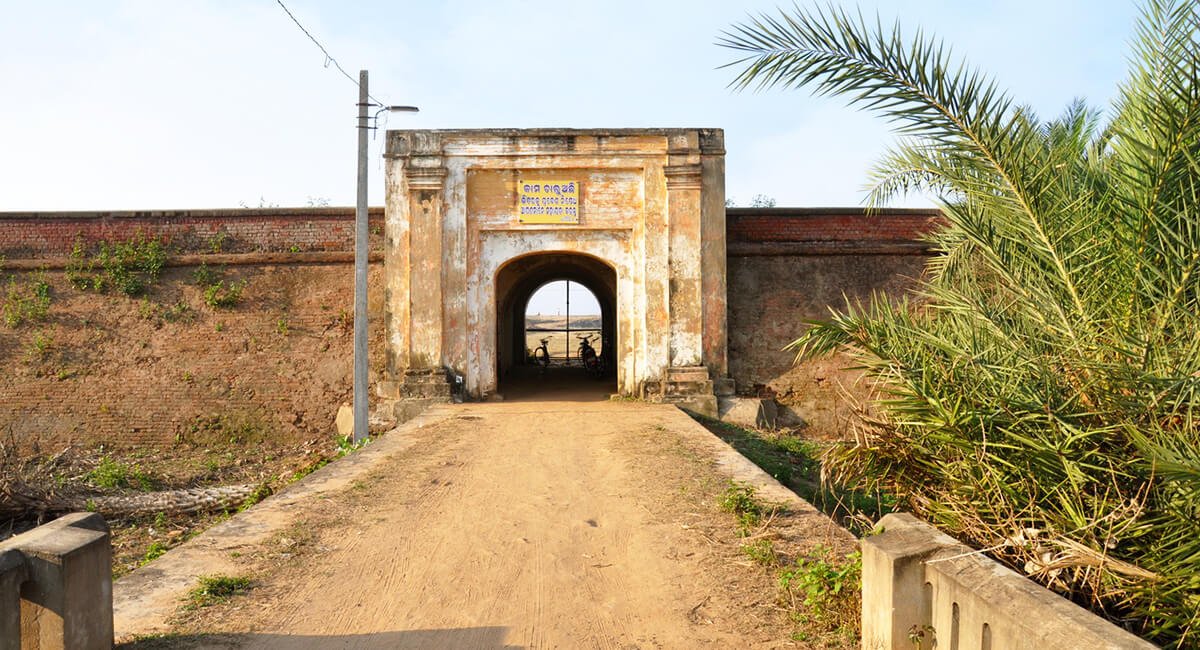 It is a barely noticed remnant of yesteryear that lies in the clutches of neglect like many such forgotten heritages in the country. The Ganjam or Potagarh port, which manifests the archaeological marvels of the past, is gasping for breath.

Standing close to the confluence of Rushikulya with the Bay of Bengal, the fort, as evident from the remains, was built by the British during the last part of the 18th century. Some scholars are of the opinion that this was first occupied by the French and later used as fort. However, some remains point at traces to suggest that it was built to be used, both as port and fort, and was one of the earliest settlements of British in Orissa.

One finds a cemetery nearby which has several graves with epitaphs recording the names of the British soldiers, perhaps, stationed at this place. If a detail investigation of this period is done, further corroborative facts can be brought to light on the history of British occupation in Odisha during the 18th and 19th centuries. 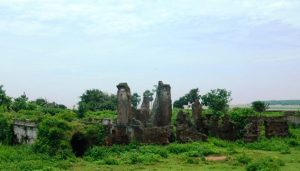 But what is more important from archaeological points of view in this area is the location of several ancient mounds and discovery of pieces of red polished ware and Chinese ceramics from this area in 1987. One finds large and extensive mounds along the northern bank of the river and to the east of the Ganjam fort. Besides, the exposed section of the dumped earth inside the damaged bastion on the south side of the fort yields the above pottery along with others types of
pottery.

Obviously, the bastions and ramparts were filled up by earth collected from the nearby mounds. From the pottery discovered, the site can be dated to the 4th-5th century AD. Most likely the Palur port, as described by Ptolemy in 1st century AD, was located near this area. During the 8th-9th centuries this place was referred to by the Arab geographers as Kanja. This is an important site with the ruins of the British Fort of 18th-19th century.

It has five bastions and the plan is pentagon. A moat surrounds the fort and a bridge over the moat is found on its northern side, which is the main entrance to the fort. Presence of moat may be construed as a defence mechanism to deter sudden attacks by an enemy force. Another entrance is located on the southern side opening to the riverfront. The bastions relate to massive brick defence walls. The north and south walls, which apparently had rooms, have are other structures found inside the fortified area such as the living quarters, store and armoury.
There used to be parapet on both outer and inner defense walls with inclined passages leading from wall to inner space. Several structures found in different stages of preservation found inside the fort. A well is also located inside the fort. From the ruins on the eastern side it appears there were double storey structures used as residence purpose. Interestingly, there is a magazine room ostensibly pointing at the need for storage of ammunition. 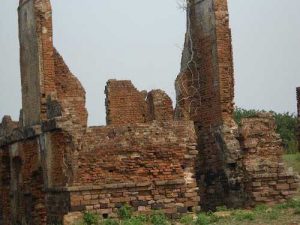 A few avoidable steps by agencies

The monument’s fate has been tossed from hand to hand over the years. Its conservation had been assigned to the Archaeological Survey of India (ASI), however poor protection resulted in the transfer of the responsibility to the state archaeological department.

Many conservation works were undertaken at this place. But due to its vastness, lack of watch and ward and regular maintenance by the state archaeological department, and perhaps right expertise, the fort always wore a forlorn look. Subsequently, in recent years, the new player assigned to look after the fort was the state tourism department. 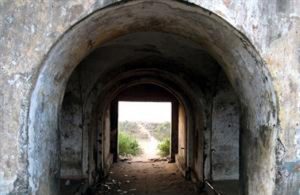 What followed was pathetic. Unwanted interventions were made in the structures inside the fort as well as the area around it in the name of tourism development projects. It is bound to have adverse effect on the structures and the original character of the fort. Although over Rs.15 lakh have been pumped in for the fort’s conservation in two phases, yet the end result is for all to see.

This is not desirable and against the principles of archaeological conservation. If this trend is not stopped then the important monument will lose its significance sooner or later. A majestic remain of past glory of such magnitude should not be consigned to the flames of ignorance and be allowed to slip into the footnotes.

(Dr. B.K. Rath is a noted archaeologist. Views are personal)