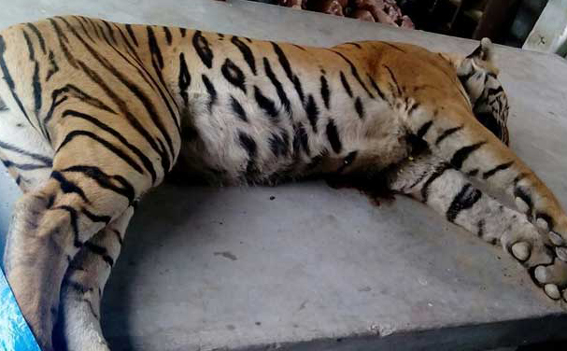 One really requires the mineral patience to mentally cope up with the confounded confusion that haunts the forest department on the death of MB2 in Satkosia sanctuary.

The animal died, and died again and again, for plethora of reasons yet there is no let up in theories propounded by the forest department that remains in search of causes to disguise the reality that the tiger is no more. And no amount of pep talks can hide the reality that there was some things other than what is made visible.

First they made out a reason of an infection in the neck while not ruling out possibilities of hunting or poaching. Then the experts from the National Tiger Conservation Authority and Wildlife Institute of India came to investigate only to repeat what the local divisional forest officer had found out to be the cause of the death. Imagine how much was spent from the exchequer on people who came all the way to simply ratify what had already been said – a superb diversionary tactics to mitigate the daily public barbing.

If we go by the autopsy report, which indicates that the carcass bore ante mortem wound (injury before death), how could the maggots come into existence within hours? The subsequent, and the most recent, reason behind the death was interesting: That the animal had prayed on a porcupine (whose spike was in his stomach) and possibly the porcupine’s spike barb caused the wound on the neck leading to septicaemia and then death.

Even the forest officials went for a throwback guessing that the tiger had a fight with the porcupine that caused the neck injury, which was rubbished by the WII experts who said that a tiger could not get injury from a tussle with a porcupine.

Now comes the issue of poaching. Some wildlife activists have piled pressure on lodging of a complaint with the police if it was suspected case of poaching. An activist was quoted saying that the department “came up with the story that MB2 mated with a tigress and it is pregnant now” but without any evidence. That is baffling because if he had mated with the tigress then how or in what way it can be linked to the causes of MB2’s death?

It is all a pack of weary disgust they have created in people’s mind preferring, knowingly or otherwise, their credibility get exposed to the contagion of lies rather than its prevention by allowing the tiger’s soul rest in peace.