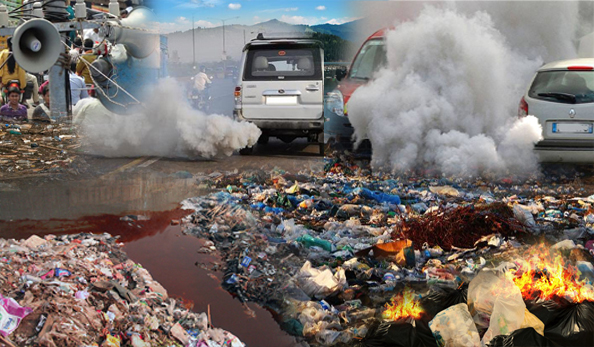 There is a growing concern over the delirium and deaths due to air pollution in many parts of the country. Interestingly, India, which keep gasping to bring back normalcy into the environment through its Swachha Bharat sloganeering, is itself caught in the quagmire of pollution and the national capital Delhi has emerged as one of the worst victims where people fear to open their eyes or mouth. The people or the urban policymakers assigned to oversee the process of control seem to remain aloof or just apathetic.

Last year, the ozone related deaths in India had gone up to 33%, which was higher than China. Although China leads in air pollution related deaths, yet by now they have been able to put a check while in India the menace is spinning out of control with a burgeoning percentage of over 48% relating to PM 2.5. Yet we are celebrating a self-generated euphoria of Smart City rankings in which Odisha’s capital Bhubaneswar outflanked many other cities in India.

Where does Odisha stand

Among the 102 most polluted cities in India, about five cities of Odisha, including Bhubaneswar, figure among them. A drive through various parts of cities in Bhubaneswar exposes that most things are governed by figures but a very little is done to practically fight this very explosive public health challenge in the state capital as well as cities like Cuttack and Rourkela. Priorities are given more to signboards and posters rather than putting a mechanism in place. Data only underscore what is visible to naked eyes but what is beyond, nobody tells.

The population explosion in the state capital is alarming and so also the rise in number of the pollutants in many ways. If the city health or municipality authorities care to get out of their chilled enclosures, it can enlighten them regarding the blazing mountains of garbage in several parts. One cannot describe in words the all pervasive pestilential stench, frowning smog and carbon dioxide, a deadly combo that can reduce human into chlorinated broilers slowly and steadily. People simply suffocate even while staying indoors let alone on the roads or highways.

Lack of measures to check

Even the area gazing the Bhubaneswar Municipal Corporation office and its surroundings present a sad spectacle of air pollution. After the expansion of the Lewis Road, for which more than 100 century old trees were felled, there had been not a single plantation so far. Let’s not talk about highways.

In the meanwhile, the BMC dumps the garbage of the total city at Daruthenga’s open dumping yard, making least five villages surrounding it unlivable and the lives of their residents hell. It has triggered a conflict between the BMC and the villagers. Sadly, there is no effort from the government to sort out the issue amicably with them.

Bhubaneswar badly requires controlling of vehicular pollution for which there is a need for reliable public transport. It has now grown to be a diverse city and its expansion is rapid. Barring the fleet recently flagged off, the capital is yet to see new city buses. What is visible are the old ones added by fleets of antiquated yellow schools and colleges buses running through all arteries with a thick trail of smoke.

Conventional commentary related to politics or the polls may set a new approach but that is not enough nor the window-dressings for events like Hockey World Cup. But what is critical is that clean commitments are followed up by proper resource allocation and action on the ground.