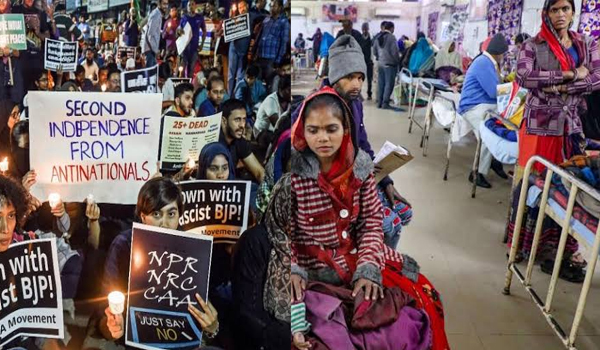 It is interesting to watch when issues of grave concern go off at a tangent in the governance today. Even the Prime Minister while speaking in Karnataka did the same.

The thrust was mainly on Pakistan and calling upon people to denounce the rogue neighbour through protests. Or making a dig at the opposition, the Congress in particular, making mountains out of the CAA and so on.

There was nothing wrong in that but,  leaders of that stature give a slip to very important things like the deteriorating health sector. Out kids are dying without care, not insurance.

The spectre of Gorakhpur still stares at the nation. And the recent one, we cannot wish away the tragic incidents what has happened in Rajasthan’s Kota. Yet another pivotal issue that is lost sight of the political discourses.

In a nation when there can be allocations over 5 to 6 % of the GDP for other expenditures, in India the allocation for health is a pittance. It stands at just 1.1 % of the entire GDP for health.

At a time when launch of Chandrayan3 is used to generate a national euphoria, although nothing wrong in that, but in stark contrast we have to digest a grim reality that, hundreds of children die untimely death as the governments both at the Centre and states are reluctant to prioritize that sector.

For last two months almost the country is seized with one thing and that is CAA and its siblings. But nobody gives a thought about the enhanced budgetary allocation for the necessary infrastructure development in health.

There may not be anything very wrong in the launch of Ayushman but in a country of 130 crore what is paramount is an assured health service than an insured health. But, with 1.1 % it is very likely to go miles away from the real issue.

Ok that, the Ayushman covers 50 crore people but can we allow the rest 80 crore to remain in the lurch and let our children die like insects.

What is clear that, the government, either Centre of State, cough off more money to insurance sector than giving the same to the health sector.

Unless the focus is back on such sectors, incidents like Kota or Gorakhpur will go on.

It is time the nation takes a break from the citizenship conundrum and look real.