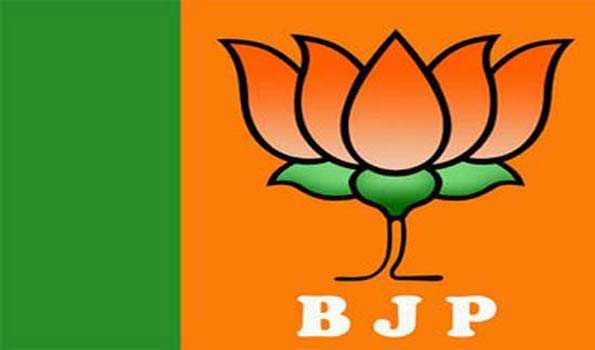 The loan waiver spree of three newly installed Congress governments in Hindi heartland states has certainly mounted pressure on the BJP to prepare its ground vis-a-vis farmers grievances and indications are that Union finance minister Arun Jaitley may have to do ‘quick ground work’ to announce budgetary provisions for the agrarian community in the Vote on Account.

However, a section in the ruling dispensation has always maintained that loan waiver is at best a populist measure and and is “not the best” of measures to help farmers. “Nor, this is a long lasting solution to their problems,” a BJP source told UNI.

According to sources, the announcement of higher MSP by the new Chhattisgarh chief minister Bhupesh Baghel to hike the minimum support price (MSP) for paddy to Rs 2,500, fulfilling promises made by the Congress in the run up to polls can also “distort the market”.

“As of now, nothing is clear, how the funds-starved Chhattisgarh government can manage the show. The loan waiver and higher MSP is bound to put pressure on the new regime. Apparently, there is no communication or request on this issue as of now with the Union food ministry or the finance ministry,” a government source said.

“Higher MSP can distort the market…..these affect farmers and other stake holders in the long run. But elections are related to populist measures, so be it,” the source said.

Sources also point out in the ‘absence’ of any formal request from the state government for extra funding, the refrain in the Krishi Bhawan and BJP circle is that the “Congress government in Chhattsiagrh will bear the cost with is own resources”.

“Generally all chief ministers and agriculture and finance ministers visit Delhi and meet leaders concerned after swearing in,” a source said in a lighter vein.

Moreover, it has been pointed out by the BJP circle that the Raman Singh dispensation had earlier announced a bonus of Rs 300 per quintal over and above the MSP of Rs 1,750 per quintal, as was fixed by the Centre.

“Chhattisgarh chief minister Bhupesh Baghel has done his calculation based on the groundwork left by the outgoing BJP government. The higher MSP will effectively mean extra expenditures for the state government to the tune of Rs 450 per quintal only….The bonus announced by Raman Singh has been carefully merged,” the source said adding paddy – nationwide – has to be procured through FCI and cooperative societies at Rs 1,750 per quintal, a rate fixed by the central government.

He also said the BJP-led NDA at the Centre has given exemption to bear the cost for procurement of rice of up to 24 lakh tonnes in the current year.

However, despite the ‘bravado’ and explanation on funding and related issues, a section of BJP leaders favour ‘politics of loan waivers’.

It is in this context, Odisha BJP president Basanta Panda has also said his party will waive farm loans in the state if voted to power in the 2019 Assembly elections.

The Biju Janata Dal has rubbished the BJP’s tall promise and says their gimmick will not work against “an extremely popular chief minister Naveen Patnaik”.

But, for its part, the farmers’ related issues has thrown challenge to a strong regional player like Odisha chief minister and his party as well.

Naveen Patnaik’s trusted lieutenant Prasanna Acharya, who is also president of the party’s farmers wing, has said the Biju Janata Dal leaders and cadres will stage a demonstration in Delhi on January 8, the last day of the Winter Session of Parliament.

“We, also have to get into poll mode….Odisha state assembly polls will be held along with parliamentary polls,” said a senior BJD leader here.

Politics of farm distress is certainly far from over.