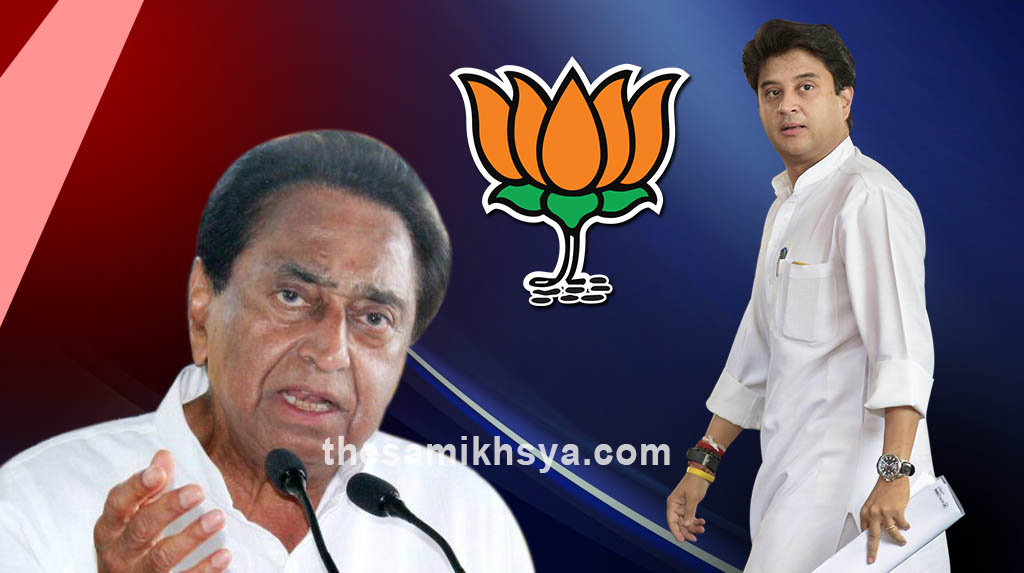 There may have been such instances earlier but, the one that plays out in Madhya Pradesh smacks of dissembling of politics that no party in India would admit.

Jyotiraditya Scindia said that, he was fade-off with the treacheries ruling the Congress and decided to quit. He claimed that he had about 20 plus MLAs on his side with their unflinching loyalty but, he had to transport all of them to a resort in South and caged them like birds.

It was reasoned out that, they were kept there so that the Kamal Nath dispensation cannot poach them. Were they poachable or salable ? If they were so loyal to Scindia them how on earth a fear about their shifting of loyalty.

It means they were certain pressure or lure or fear, whatsoever, they were just MLAs who could be won over by some means.

Then it was the Bharatiya Janata Party MLAs in MP, who were transported out of the state so that, they may not fall prey to the Congress (Nath faction). Obviously, such likelihood is only possible when deceit comes into play.

Else how can some legislators from a cadre-based party like the BJP walk a tight-rope of turn-coats and join the Nath bandwagon. That is also for a price.

How come politics, in a vibrant democracy like India, sustain in a climate of self-doubt? All the actors in this play in MP appear sunk in a marsh of assertiveness, where, each one doubts the other.

Imagine the splurge attached to the expenses involved in the resorts or hotels where the legislators are, regardless of which party, are bundled in!

The message is very clear. That, as if, political reality has been privatised and monetised and, more importantly, illusion in politics has been ligitimised.

A fortnight back, Scindia had seen a devil in the BJP and had branded it as communal and so on, but one fine morning he presaged that, only the BJP can save the nation and save him also from the pangs of the Congress.

Media does the rest

It is a time when the media plays the big role of motivation, instigation and creation of environments when there may be a storm under a clean sky.

Even before the storm in MP is over, media has already trained its gun at Rajasthan, tingling Sachin Pilot to revolt. That doesn’t mean all is well in Rajasthan where the climate in the Congress is in a bellicose state.

But, the pre-indisposed hash-tags in channels and tone of the anchors cannot hide their compulsions.  Journalism is not merely about being a messenger but, to read the hidden messages and agendas.