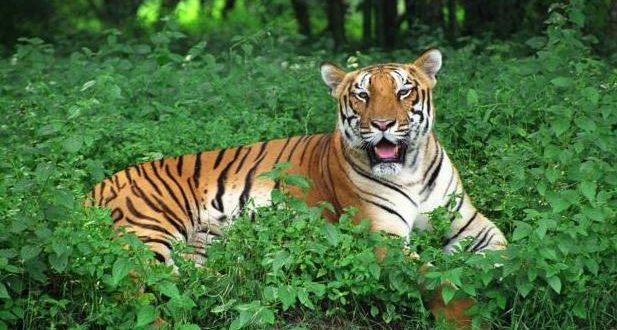 The story of Sundari the tigress reminds a parable ‘Delhi To Daulatabad and Daulatabad to Delhi’. Similar is the confusion that has complicated the situation in the Satkosia sanctuary where the tigress is on a prowl notwithstanding whether she is a man-eater or not.

So far, Sundari has allegedly killed two human beings and an ox, at small intervals. Which clearly showed that she had not prayed on them out of hunger only. If it were out of hunger, then the tigress could not eat her preys that could be another reason for the consecutive kills.

And the local wildlife experts are at a loss as to what could be the reason behind the tigress running amok and not going after the preys in the wild. Though Satkosia sanctuary offers all that we assume to be a conducive home for big cats, where does the fault lies?

One, does Satkosia offer the geographic luxury for a tiger?

Second, do the forests of Satkosia harbour the buffer of preys?

Was it ascertained that if a tiger from a bushy forest can be comfortable in a dense forest not far from the human habitat?

Or was it a case of loneliness that induced a sense of isolation in Sundari and that became a cause for her to be offensive, maybe  in self-defense.

Anyway, once out of the enclosure Sundari had unleashed her pangs, first to kill a woman and then two more fell prey to her (a woman and and an ox). It means from the word go Sundari had gone blood-thirsty and the area soon transformed into a zone of horror. Every foot-fall at night sent  the inhabitants of the villages get out of their beds.

It was from the beginning the forest officials should have sensed the danger in the waiting. Sundari’s isolation doubled as time passed and she went further berserk but the forest officials all the time lulled in over confidence sporting reasons those do not often stand plausible in wildlife issues.

At last, the people started to protest and the forest department decided in favour of relocating the tigress in haste, which also did not help the situation to improve. When a big cat is not allowed to devour its kill, the level of anger in them exacerbates. In that case, they should have allowed her to eat the ox and get herself normal before any tranquilizing.

The guidelines say that no animal should be tranquilized when it is in any stress or an empty stomach. Sundari was being virtually chased like a cattle from places to places so that it could be brought under target. That normally enhances the risk of  the animal getting more stressed and go astray out of panic. That has exactly happened in the case of Sundari.

The search is on for Sundari, with a battery of forest people armed with GPS , guns and an empty cage. In substance they have made the entire process a dog’s breakfast.