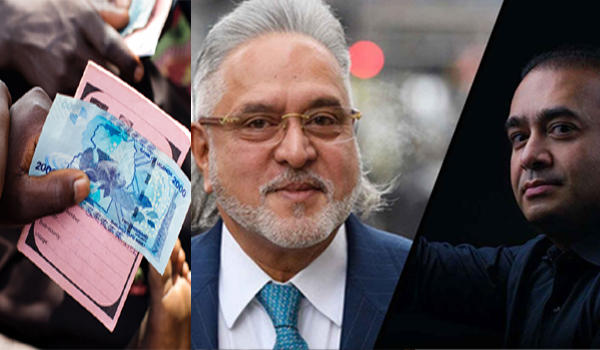 Where ever it happened but it must not escape the attention of the government at the Centre that never stops from the rant of Sabka Sath, Sabka Bikash & Sabka Biswas’. And that slogan fall flat on its face when it comes to a common man in the country yet we live happy when bank fraudsters like Nirav or Chowski, or Mallay and so on enjoy life abroad after siphoning out thousands and thousands of crores.

How unlucky is Tripura’s septuagenarian Binata Kanda who was rendered homeless in seconds because her daughter somehow failed an installment for a loan taken from a finance company. One installment, yes and the punishment is not only brutal but it transcends all human boundaries. An old lady was thrown out to sweat under the hot sun for no fault of her’s.

Even if her daughter failed to pay an installment, heaven, perhaps, was not falling if the said finance company had otherwise penalized her with a compound interest along with the next installment. An usual practice with banks and even private finance institutions everywhere adopt to.

In a most brutal incident orchestrated and executed by the local office of a Delhi based Microfinance Company(MFC) Satin Creditcare Network Limited, a septuagenarian lady was driven out of her shelter as her daughter failed to pay the installment for loan and the MFC took of the aluminum sheet of her roof at Kalachari area in the bordering subdivision of Kamalpur in the northern Tripura district of Dhalai here yesterday.

According to sources, the septuagenarian lady identified as Binata Kanda used to dwell here with her daughter Sandhya Kanda. Sandhya possessed no documents of her own and the housing was provided from local panchayat to Binata under PMAY(G) year back. Binata and Sandhya used to earn their livelihood by working as wage labourers. Sandhya took a loan of Rs 25,000 from the local office of Satin Creditcare Network Limited.

Yesterday was the day for paying installment and Sandhya failed to manage the amount and hence requested the agent to give her fifteen days of time more. But the enraged agent humiliated her using offensive words.

In the afternoon, he arrived again with a carpenter and unbolted all the aluminum sheets and went with those. Highly humiliated Binata and Sandhya left the area in the evening with tears. Their whereabouts still remained unknown. The rank and file raised the question as why the MFC sanctioned loan to Sandhya without knowing everything of her.

Moreover, how an MFC agent could be able to take away the sheets of a shelter provided by the government even when the owner not borrowed the money.
When contacted with the Sub Divisional Magistrate (SDM) of the subdivision Sushanta Sarkar, he, however, assured to look into the matter.