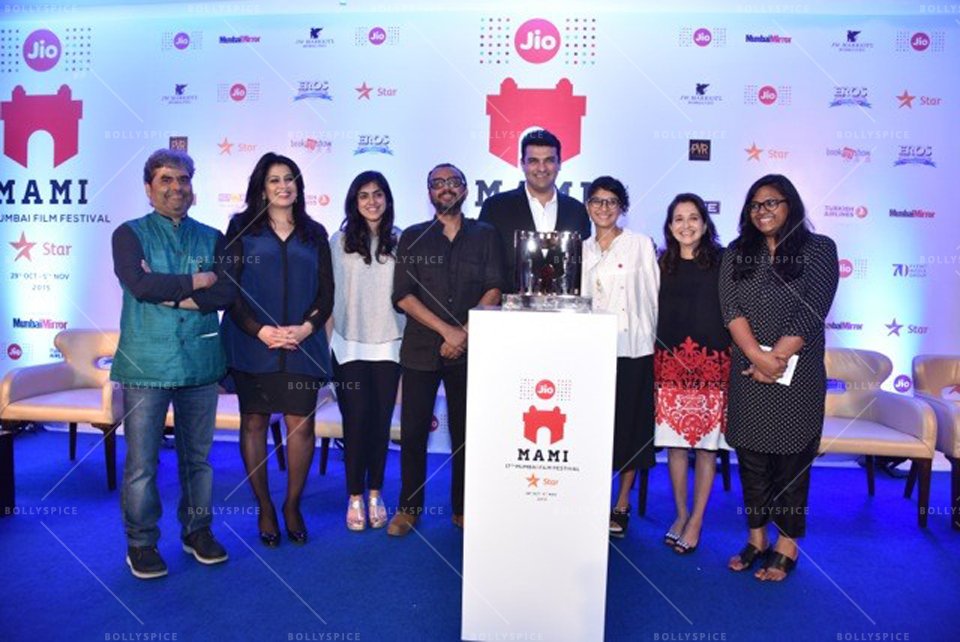 Apart from putting together a “robust programme” for the Jio MAMI 20th Mumbai Film Festival with Star and hosting filmmakers like Lucrecia Martel, Darren Aronofsky and Sean Baker, Mumbai Academy of Moving Image (MAMI) will show solidarity with the #MeToo movement through a special programme on the global movement which is against sexual harassment and assault.

“The 20th edition this year, has some exceptional talent like Darren Aronofsky and Sean Baker. We have been able to put together a robust programme that has films from almost every genre possible that people would want to watch at MAMI,” Smriti Kiran, Creative Director, Jio MAMI 20th Mumbai Film Festival with Star, told IANS.

“We have over 200 films in the programme being showcased at 10 venues and over 20 screens at the theatres during the festival. There are many movies that will be premiering with us.”

Amidst the #MeToo storm, various films have also been dropped from the line-up of the fest, which will conclude on November 1. Rajat Kapoor’s “Kadhakh” and All India Backchod (AIB)-produced “Chintu Ka Birthday” are among those discarded. Rajat and members of AIB were accused of sexual harassment.

Among the main offerings, “Mard Ko Dard Nahin Hota” will get its Asia premiere at the festival, which will begin here on Thursday.

Gujarati language short film “Rammat-Gammat” will have its India premiere at the gala, Steve McQueen’s directorial “Widows”, which will close the festival next month, will have its Asia premiere there.

Actress Rasika Dugal’s series “Mirzapur” and film “Hamid” are also set to have their world premiere at the festival.

“My part in ‘Hamid’ as Ishrat is dramatically different from Beena in ‘Mirzapur’. I am thrilled that they are both premiering at MAMI,” said Rasika.

The festival organisers have created a “special programme where there are going to be two discussions dealing with different aspects about #MeToo and one workshop to explain the law related to it”.

“Especially, since a lot of people are unaware of the sexual harassment laws,” shared Kiran.

Apart from films dropped, filmmaker Anurag Kashyap has stepped down as one of the board members of the festival’s organising committee amidst a “shadow of doubt” that he remained silent when a woman complained to him of being sexually harassed by his business partner Vikas Bahl.

Kiran also said that this year, a phenomenal list of people will be hosting masterclasses and conversations with leading personalities like Martel, Netflix Chief Content Officer Ted Sarandos, Aronofsky and Baker.

Like every year, the fest will put the spotlight on Indian regional cinema as well. There will be a Marathi cinema section again.

Kiran added: “There are a bunch of films in regional languages like Punjabi, Tamil, Kannada, Bengali, Assamese, Malayalam, Telugu and Gujarati.”

“We will be screening ‘ChaalBaaz’, ‘Lamhe’ and ‘Mom’ to pay a tribute to Sridevi,” said Kiran when asked about tribute to the actress, who died aged 54 in February by accidentally drowning in a bath tub in a Dubai hotel.

(The writer’s trip to Mumbai is at the invitation of the festival organisers. Natalia Ningthoujam can be contacted at [email protected])