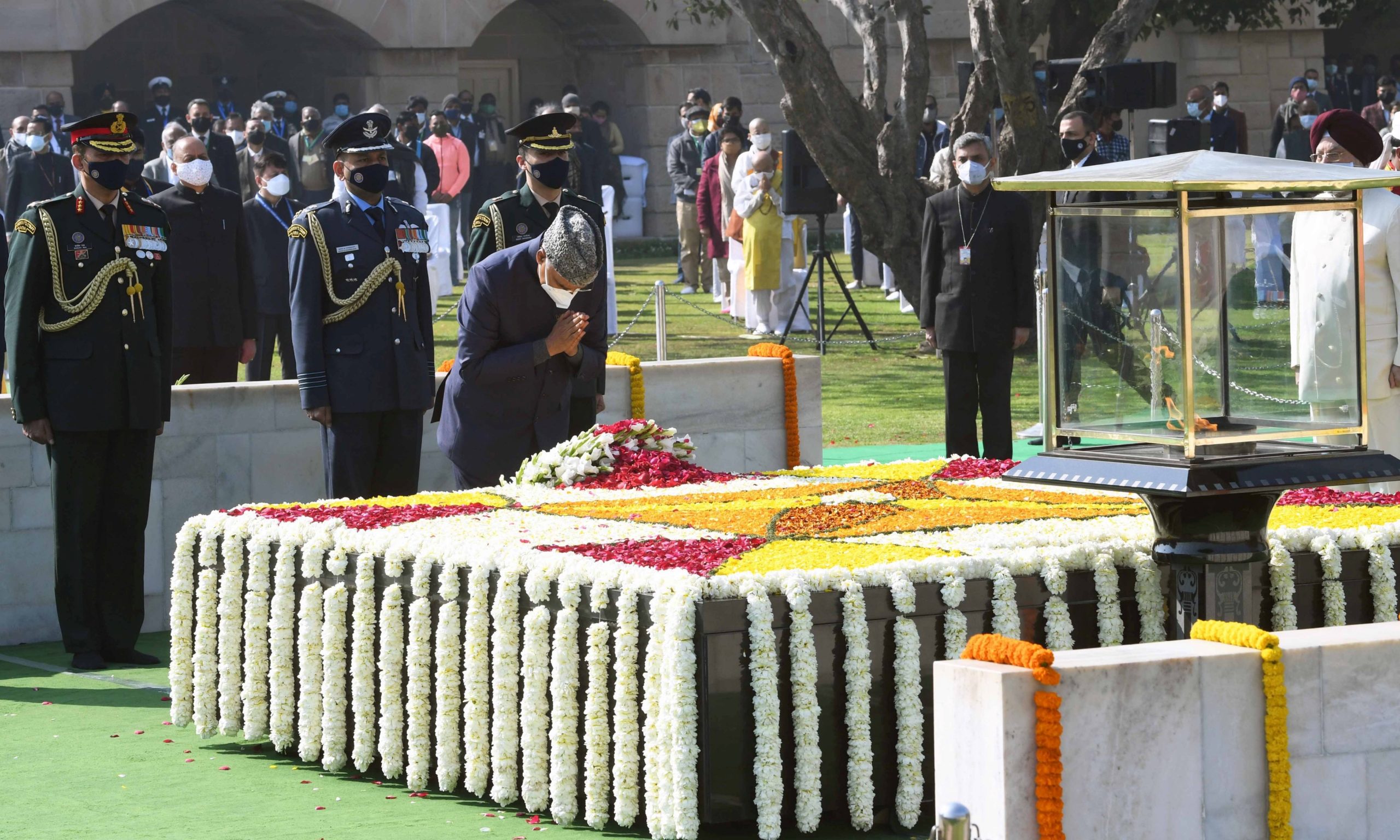 New Delhi: The nation is paying homage to Father of the Nation Mahatma Gandhi on his 74th death anniversary today. The day is also observed as Martyrs’ Day. Mahatma Gandhi was assassinated on this day in 1948.

Vice President M Venkaiah Naidu today paid tributes to Mahatma Gandhi on his death anniversary. In a tweet, Naidu said, an apostle of peace and non-violence, Gandhi Ji played a colossal role in India\’s freedom struggle and in shaping the destiny of India.

He said, Gandhi Ji was a visionary leader, social emancipator, messiah for farmers, crusader of the downtrodden and the voice of rural India. The Vice President said, he was an epitome of kindness, compassion and selfless service.

Naidu said, his glorious life, noble ideas and selflessness continue to inspire humanity. He called upon everyone to resolve to build an India that is united, harmonious, self-reliant, clean and healthy. The Vice President called upon everyone to come together to free the country from poverty, hunger, social evils, illiteracy and discrimination.

In a tweet, PM said, it is our collective endeavour to further popularise his noble ideals. Modi said, today, on Martyrs’ Day, he is paying homage to all the great people who courageously safeguarded our nation. Their service and bravery will always be remembered.

An inter-religious prayer meeting was organized on this occasion. The nation also observed a two-minute silence at 11 AM on Martyrs’ Day today.

Films Division is joining the nation in paying homage to Mahatma Gandhi on his 74th death anniversary today observed as Martyr’s Day. To mark the occasion, a documentary film ‘Gandhi Rediscovered’ is being streamed on Films Division website and YouTube channel, throughout the day.

The special screening is a part of ‘Azadi ka Amrit Mahotsav’ celebration by the Union Ministry of Information & Broadcasting. The film discusses the scope of Swadeshi it also tries to examine the relevance of Gandhi’s philosophy in the present times. The film is being streamed on
https://filmsdivision.org/
and
https://www.youtube.com/user/FilmsDivision

In California, there is a spiritual retreat under the banner Gandhi World Peace Memorial inside Lake Shrine, on the famous Sunset Boulevard. The spiritual retreat claims to be holding Mahatma Gandhi’s ashes, perhaps the only ones outside India.

After Gandhi’s funeral in 1948, his ashes were divided into more than 20 portions and dispatched across India so people around the country could mourn his death by holding memorials. Some portions even ended up outside the country.

His great-grandson Tushar Gandhi says he had heard some 20 years ago that some of Gandhi’s ashes were being stored at Lake Shrine and had contacted them, but never received a response.